EastEnders and Casualty are staples of British viewing, but if you’re traveling abroad, you’ll miss out on those classic soap cliffhangers. BBC iPlayer restricts viewing to people on UK shores, so if you’re outside of the country, you need a workaround.

CyberGhost VPN can help by providing you with a UK IP address. When you connect to our VPN and pick a UK server, it’ll appear as if you’re still browsing from home. We even have dedicated servers for BBC iPlayer to ensure you won’t miss out on the latest from Albert Square.

Read on to see how easy it is to watch BBC iPlayer from anywhere in the world with CyberGhost VPN.

Why You Need a VPN to Watch BBC iPlayer 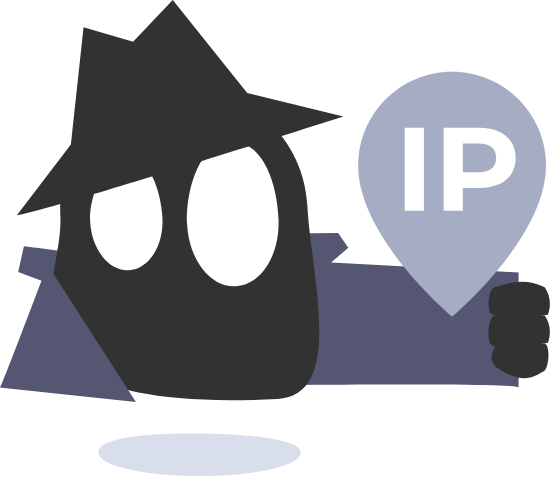 Trying to watch your favorite shows from abroad will present you with the following message: “BBC iPlayer only works in the UK.” Even if you’re a UK resident with a TV license, you can’t watch anything on BBC iPlayer unless you’re browsing with a UK IP address.

The best way to get a UK IP address is with a VPN. When you connect to a VPN (Virtual Private Network), it replaces your IP address with one in a selected country–in this case, the UK. Connect to a CyberGhost VPN server in the UK and you’ll get access to BBC iPlayer, as well as any local websites you need.

Beware: While it is perfectly legal to use a VPN with BBC iPlayer, unblocking content or creating an account outside countries where it is licensed may violate copyright. CyberGhost doesn’t support breaking any agreements or laws with or without a VPN.

Why Choose CyberGhost as the Best VPN for BBC iPlayer

Some VPNs only protect certain devices or limit you to one connection at a time. This means no Premier League highlights on your phone while your family is watching Dragon’s Den on the television.

CyberGhost VPN offers you more ways to watch BBC iPlayer. With one subscription, you can connect up to seven devices simultaneously. You won’t need to argue about who watches what, and when.

You can easily multitask, with our dedicated apps for all kinds of devices including iOS and Android phones, Apple TV, Amazon Fire Stick, PlayStation, and Xbox. Best of all, you can set up CyberGhost VPN on your router, and protect all the devices on your home Wi-Fi.

As soon as you leave the UK, you’ll need to say toodle-pip to all your favorites on BBC iPlayer. If you can’t bear to miss the latest developments on Holby City, you’re going to need a UK IP address.

CyberGhost VPN has 500+ servers in the UK, so you can get a UK IP address at the click of a button. We also have servers optimized for streaming, making us the best VPN for BBC iPlayer.

You’re not just limited to UK content either. Our global network of 7500+ servers in 91 countries will give you access to 35+ streaming services from around the world.

No Limits on Bandwidth

Getting on BBC iPlayer isn’t just about kicking back with a few episodes of Death in Paradise in your downtime. With news, sports, and documentaries on offer, how much you stream is no one’s business.

Unlike some VPNs, we don’t place any limits on how much data you use. Your CyberGhost VPN subscription includes unlimited bandwidth and lightning-fast speeds to give you the best streaming experience.

BBC iPlayer has an increasing number of dramas and documentaries offered in 4K HD. It’s not much use if your internet connection can’t keep up!

CyberGhost VPN is here to save you from buffering and interruptions. We constantly upgrade our server infrastructure to provide you with the fastest speeds, giving you a smooth streaming experience–even in ultra HD.

Sign up to CyberGhost VPN and watch Attenborough’s Life in Colour in its full glory.

Watching the latest episode of The Tourist is a great way to spend the evening, but that’s what everyone else is doing too! Your ISP (Internet Service Provider) might try to ease congestion at peak hours by slowing down your connection when streaming.

Your data becomes completely unreadable to your ISP, so they can’t restrict you based on what you’re doing. Stream BBC iPlayer at any time of day without throttling.

Even if you’re within the UK, you’ll need to register for BBC iPlayer to watch any content.

Sign Up for BBC iPlayer from Outside the UK

You’ll need a UK IP address if you want to access BBC iPlayer from abroad. Here’s how CyberGhost VPN can help.

How to Watch BBC iPlayer on Your Computer

Watching live or on-demand content is a breeze once you’ve signed up for BBC iPlayer. You can stream straight from the website using Google Chrome, Internet Explorer, Microsoft Edge, Firefox, or Safari.

How to Watch BBC iPlayer on Your Mobile Device

With just a couple of extra steps, you can get BBC iPlayer in your pocket.

Now, not only do you understand why you need a UK IP address, but also know how to get it! Having a premium VPN on your side can make your surfing experience a breeze. With CyberGhost VPN and a few simple steps, you can access the best BBC iPlayer content from anywhere in the world.

Where is BBC iPlayer available to watch?

BBC iPlayer is only available to watch from within the UK. Even if you have a current TV license, you can’t log in without a UK IP address. Lucky for you, CyberGhost VPN has 500+ servers in the UK to choose from. If you have any questions about choosing a UK server, reach out to our 24/7 customer support team.

What devices can I stream BBC iPlayer on?

BBC iPlayer has apps for a huge range of devices including iOS and Android phones, PC and Mac computers, smart TVs, set-top boxes, and gaming consoles. You also can stream directly from the website on computers running Windows, macOS, Linux, and Chromium operating systems.

Absolutely! Pair CyberGhost VPN with BBC iPlayer on your Windows or macOS computer, Smart TV or Amazon Firestick, or your PS4. In fact, we have apps for most devices and operating systems.

You can also install CyberGhost VPN on your router to protect all your devices at once.

How do I watch BBC live?

You can watch BBC live on the BBC iPlayer website or apps. Simply sign in to your account and click on a program that’s currently broadcasting to start streaming. If you’re traveling outside of Britain, connect to CyberGhost VPN and replace your IP with one from the UK.

If you want the best of Britain, get CyberGhost VPN and connect to a server in the UK.

Will CyberGhost VPN slow down my connection?

When you send your data through an encrypted tunnel, some speed loss is inevitable, but it doesn’t have to be a deal-breaker.

CyberGhost has ultra-fast VPN servers optimized for streaming, plus a huge network to reduce server load. You won’t notice the difference when streaming BBC iPlayer.

Can I watch BBC iPlayer outside of the UK with a free VPN?

You can try, but don’t expect to have much luck. Free VPNs don’t have the infrastructure or technology to give you access to BBC iPlayer while abroad. To make matters worse, some of these companies offer no security and may even sell your data to make money.

CyberGhost VPN has 600+ servers in the UK optimized for streaming services like BBC iPlayer. We also have a strict No-Logs policy, meaning we don’t store (or sell) any of your data.

What other streaming services can I access with CyberGhost VPN?

When you sign up to CyberGhost VPN, you’ll enjoy access to 35+ streaming services from the UK and internationally. Our dedicated streaming servers and huge international network make us the top pick for watching content on Netflix, HBO Max, Amazon Prime, and Disney+.

With experience writing on just about every topic you can think of, Kashmir now strives to make technology accessible and understandable to everyone.