Where to Watch the 2022 Emmy Awards: The Nominees and When It’s On

The 74th annual Primetime Emmy Awards are almost here. That means it’s time to celebrate the best TV has to offer, on a star-studded September night in Los Angeles.

NBC’s long-running variety sketch series Saturday Night Live has the most ever Emmy nominations (315) and wins (86). It’s up for nine Emmys in 2022. Game of Thrones reigns supreme as the most-decorated drama series of all-time. HBO’s fantasy hit was nominated 160 times and won 59 Emmys during its run from 2011-2019.

When it comes to acting, two women stand atop the Emmy mountain. Cloris Leachman and Julia Louis-Dreyfus have each won eight Emmys. Ed Asner takes those honors for the actors, leading the way with 7 Emmy awards.

Read on to find out when the 2022 Emmy Awards are on, where to watch them, and to see if your favorite shows and stars are nominated.

The Emmy Awards celebrate the year’s most outstanding work in television and emerging media. It’s like the Oscars for movies or the Grammys for music.

The Emmys started in 1949 with just six categories. All nominees came from Los Angeles, and all programs had to be aired in LA. The 2022 Emmy Awards have 118 categories and a more international flavor. The nominees span primetime TV, daytime TV, news, sports, and documentary.

The 2022 Emmy Awards will take place in the Microsoft Theater in Los Angeles, California on Monday, September 12 at 5:00 p.m. PT / 8:00 p.m. ET. Keenan Thompson from Saturday Night Live is this year’s host.

CAPTION: The Microsoft Theater has hosted the Emmy Awards since 2008

Where to Watch the 2022 Emmy Awards 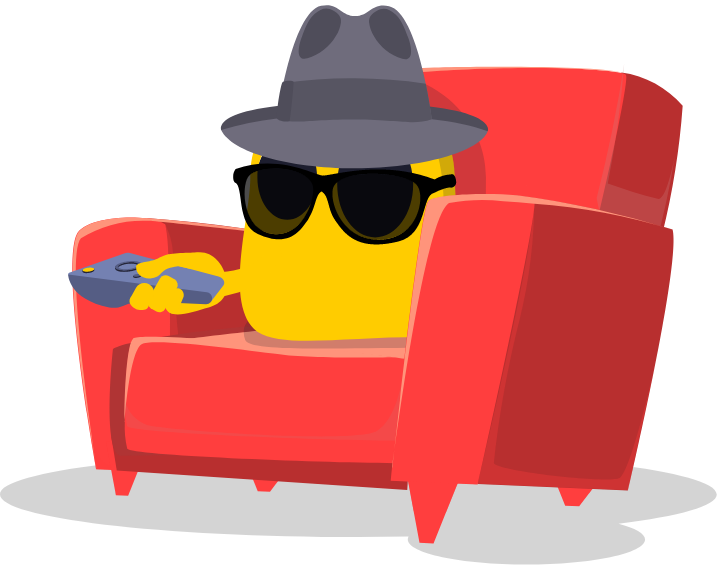 The 2022 Emmy Awards will be aired on NBC and are available to live-stream on NBC.com, via your cable or satellite provider. You can also stream it live on NBC with YouTube TV, fuboTV, DirecTV Stream, Peacock, or Hulu + Live TV.

You need a US zip code to sign up for YouTube TV, fubo TV, and Hulu + Live TV. DirectTV Stream and Peacock both require a full US address, as well as a US credit card.

CyberGhost VPN has streaming-optimized servers for NBC, YouTube TV, Peacock, and Hulu + Live TV. That means you’ll get the best streaming experience possible, with the fastest connection, UHD picture, and no lags or buffering.

There are more categories and nominees for the 2022 Emmys than ever before. HBO and HBO Max received a combined 140 nominations (108 for HBO, 32 for HBO Max). Its drama series Succession got an Emmy-leading 25 nominations. That includes a nomination for Outstanding Drama Series and 14 for acting. HBO’s Limited Series The White Lotus got 20 nominations, tied for second-most with my 2022 personal favorite, Apple TV+’s comedy Ted Lasso.

CAPTION: I’m pulling for Ted Lasso, but the 2022 comedy series nominees are all solid

Jason Sudeikis won the 2021 Emmy for Outstanding Lead Actor in a Comedy Series for his role as Ted Lasso. He was great in the show’s second season, but the early favorites for this year’s Emmys are Bill Hader for HBO’s Barry and Steve Martin for Hulu’s Only Murders in the Building. Hader got the most individual nominations, with 4, including Actor, Writer, and Director for Barry and Guest Actor for Curb Your Enthusiasm.

Netflix has already made Emmy’s history in 2022. Its breakout hit Squid Game is the first ever non-English-speaking Outstanding Drama Series nominee. Another great Emmys 2022 story is ABC’s Abbot Elementary creator and star Quinta Brunson becoming the youngest black woman in history nominated for Outstanding Lead Actress in a Comedy Series.

CAPTION: Squid Game is up for 14 awards, including four for acting

And now for all the nominees… Here’s a list of some of the biggest categories and their nominees. Visit Emmys.com to see a complete list of the nominees for all 118 categories.

You can stream the 2022 Emmy Awards without a VPN via your cable or satellite provider. You can also watch it with a streaming subscription that gives you NBC. That said, a VPN will keep your internet connection safe and give you a better viewing experience. Though, not all VPNs are Emmy-worthy.

CyberGhost: the Best VPN for Streaming the 2022 Emmys

Here’s why CyberGhost VPN is the best choice to watch the 2022 Emmy Awards:

The Emmy Awards are the ultimate recognition for the best in TV and emerging media. It’s the television equivalent to the Academy Awards. The 2022 Emmys have 118 categories. Notable awards include Outstanding Comedy Series, Drama Series, Limited Series, Actress, Actor, Variety Talk Series… The list goes on.

Download CyberGhost VPN and you can enjoy the 2022 Emmy Awards live on any device, from any network.

When is the 2022 Emmy Awards ceremony?

The 2022 Emmy Awards will be held at the Microsoft Theater in Los Angeles, California on Monday, September 12, 2022 at 5:00 p.m. PT / 8:00 p.m. ET. The show will be aired live on NBC. You can stream it on NBC.com, if you have a cable TV provider. You can also stream it using your YouTube TV, fuboTV, DirecTV Stream, Peacock, or Hulu + Live TV subscription.

CyberGhost VPN has streaming-optimized servers to give you a UHD picture and the fastest connection with no buffering. That means you can see every winner live and uninterrupted.

Who has the most nominations at the 2022 Emmys?

HBO and its streaming service HBO Max combined got the most 2022 Emmy nominations with 140 (108 for HBO, 32 for HBO Max). HBO’s acclaimed drama series Succession got the most nominations for any show, reeling in a whopping 25.

The most individual nominations went to Bill Hader. The star of HBO’s comedy series Barry was nominated for four Emmys. These include Outstanding Lead Actor, Writer, and Director for Barry, as well as Outstanding Guest Actor for Curb Your Enthusiasm.

If you want to watch all the nominees and awards with the best VPN network, you need CyberGhost. We have a massive network of VPN servers with some of the fastest speeds on the planet. We also have a 45-day money-back guarantee, so you can try out all our other features after you’ve watched the Emmys!

Do I need a VPN to watch the Emmy Awards?

You need a VPN to watch the 2022 Emmys if you want a secure, high-quality connection or if your streaming service is blocked by a local network. ISPs and some public networks throttle your connection when you stream, causing buffering, which can get really annoying!

CyberGhost VPN encrypts your connection so your ISP won’t slow down your stream in the middle of the Emmys. We also relocate your IP address so you can avoid local network blocks at places like work or school. It also means you can access your streaming subscription accounts when you travel.

Signing up for CyberGhost is fast and easy, but our 24/7 Customer Support team is standing by on live chat or email if you have questions.

Previous Article Free VPN Leaks Personal Data of Thousands of Chinese Citizens Next Article Data Retention Policies and Laws by State: Find Out What Data Companies and Governments Have On You
Share: