How to keep your online activity hidden with CyberGhost VPN 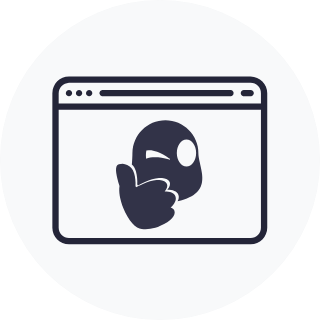 A VPN tailored for Sweden

Sweden is well known for its freedom-promoting and privacy-loving ways. The open society has a history of protecting their citizens’ privacy and freedom of speech.

However, being part of the European Union, Sweden has to conform to European laws. Often the EU laws supersede the local ones, so the Swedish authorities have little to say on the matter. This means there have been numerous attempts to force Sweden to comply with the mandatory data retention law.

Despite protests from Sweden’s politicians and citizens alike, the government adopted the EU’s 2006 Data Retention Directive back in 2012. The directive requires ISPs to store data on all online communications and P2P activities for six months. ISPs are also obligated to collaborate with police and government officials and provide online activity logs. 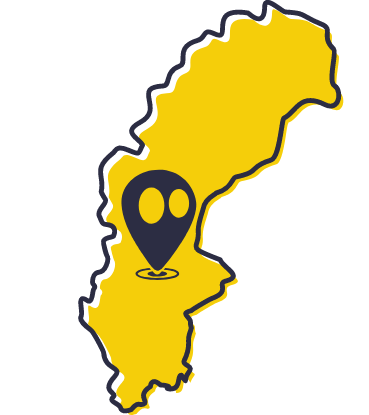 Fortunately, Sweden fought for their citizens privacy and, despite being fined €3 million, eventually threw out the retention law. But it’s hard to predict what will happen with the directive in the future and whether it will be imposed on member states once again.

Sweden is also part of the 14 Eyes surveillance alliance, so the data gathered in this short time frame could have already been stored overseas, beyond the government’s reach.

You should also know that there is a small exception to this case, since Sweden does comply with EU’s anti-copyright infringement campaigns. ISPs do keep an eye out for illegal torrenting. There can also receive requests from third parties to monitor copyright infringement.

Copyright infringement is frowned upon

Sweden has traditionally been lax on torrenting and it has become one of the largest consumers of pirated content in the world. It’s also home to one of the biggest torrent websites out there, The Pirate Bay.

In 2014, around 280 million films and TV shows were downloaded through torrents by Swedes. To creators and copyright holders, however, this meant revenue loss and they were quick to take action. Some of the bigger companies, like Scanbox Entertainment, Atlantic, Noble Entertainment, and Crystalis Entertainment have partnered up to back the Spridningkollen initiative.

The proposed software will closely monitor peer-to-peer traffic and track IP addresses of those who are illegally downloading and sharing copyrighted material. The fine for these offences is 2,000 SEK per file.

And let’s not forget that a court ruling ordered one of Sweden’s top ISPs, Banhof, to provide personal details of those who infringe on copyright laws. While Banhof pointed out the importance of its customers’ privacy and managed to appeal the decision, there are still copyright holders out there that would welcome this ruling.

However, Sweden is far from trying to infringe on users’ digital freedom. Using a VPN to bypass these restrictions and redirect your P2P traffic through an encrypted tunnel is completely legal. 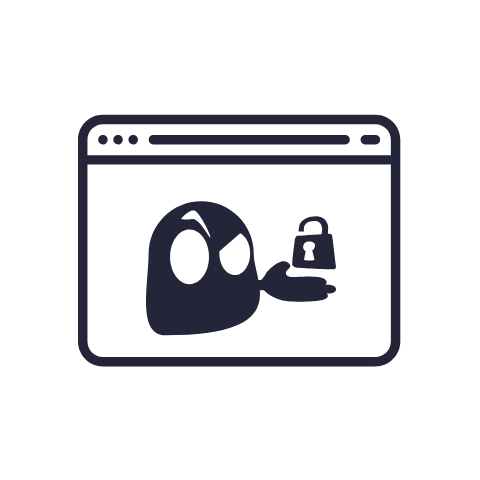 Cybercrime is on the rise in Sweden

Technology makes our lives easier, but it usually comes at a price. Most IoT devices are connected at all times, but usually lack sufficient protections against hackers and snoopers.

Since Sweden is a prosperous country, it’s no wonder that international hacker groups have often targeted its banks and financial institutions.

In the summer of 2018, bank scams were the most popular type of crime. In just one month, more than 20 million Swedish kronor were stolen, since BankIDs were most often left without proper protections.

With the rise of blockchain technology, a new type of cybercrime is running rampant: crypto-jacking. To put it into simpler words, crypto-jacking means using the computation power of someone’s device to mine cryptocurrencies. Victims are often unaware that their gadgets are being used for other purposes.

And according to cybersecurity firm Symantec, the number of methods used to enter someone else’s devices have become more diversified and harder to follow. The firm also highlighted Sweden as being at a significant risk for these types of attacks.

Public Wi-Fis, while they are convenient, are also left unencrypted and unprotected. These types of connections leave you vulnerable to Man-in-the-Middle attacks.

But the risks don’t end here.

Data breaches – a threat for all

Data breaches have become an all too often problem today. Seeing as how private data has become the main target for hackers and advertises alike, unsecured databases are like gold mines for highly valuable information.

Unfortunately, every device is at risk and there have been enough incidents in Sweden to cause worries.

You’re probably familiar with the data leak incident from 2017. It hit the news that a startup, four banks and a superstore had been the victim of hackers. The data breach led to a fraud trial. In the end, eight people faced trial and the case involved at least 40 million kronor.

But even in 2019, the national health advice line suffered a major data breach and exposed around 2.7 million phone calls discussing sensitive private information. The 170,000 hours of conversations were left in an unencrypted web server and could be easily accessed.

But it’s not just companies and authorities that have experienced these problems. Cybercrime is sadly prevalent in Scandinavia with some reports claiming that one in three Swedish citizens are victims of hackers and malicious programs.

This is an alarming statistic. So much so, that even the Swedish government promised to make cybersecurity a priority back in 2018. Don’t be left behind. Take precautions on your devices as well! 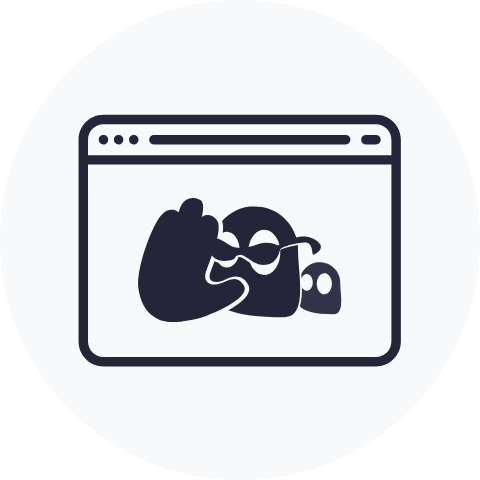 Nothing beats putting your feet up in front of a good show after a hard day of work. But if you have a Netflix subscription, you should know that a good chunk of the content is not available for you in Sweden. The same thing can be said for other popular streaming services like Amazon Prime or Crunchyroll.

They can deny you access to their content based on your IP address. This is how these services determine your location and decide that their shows are not available to you.

This isn’t fair to you and leaves you in pretty bad situation. You can either give up on your favorite entertainment or risk legal repercussions for downloading copyrighted content.

But don’t fret! This is a problem CyberGhost VPN can help you with. Through our virtual private network, we make sure to hide your IP address and replace it with one from our system. This way these services won’t be able to tell your real location anymore and you will get access to the entire Netflix catalog, among a huge variety of streaming content.

A VPN for Sweden to cover your every device

Sweden didn’t earn fourth place on internet usage and accessibility for nothing. But every device connected to the internet is at risk. Don’t leave your gadgets exposed to threats. Whether it’s a computer, laptop or mobile device, CyberGhost VPN helps you stay protected.

And it doesn’t stop here. Just one CyberGhost VPN subscription is enough to protect up to seven devices simultaneously. Keep all your devices shielded from snoopers and hackers!

Total internet freedom with our VPN service for Sweden

It’s doesn’t matter what you do online. Whether you’re looking to download torrents, watch live streams, or simply encrypt your internet traffic, our CyberGhost VPN covers all your needs.

We have over 90 servers located within Swedish borders, that are guaranteed to ensure private and secure browsing for all your devices. And if you’re looking to access content from abroad, there are over 6700 servers worldwide waiting for you.

Enjoy non-stop sports, movies, and music without restrictions and limitations!

Want more info about CyberGhost VPN? Be sure to check out our FAQ section. For further guidance, reach out to Customer Support team. They can handle your requests in English, German, French, and Romanian. They’re available 24/7 via live chat or email and ready to answer all your questions.

Are VPNs legal in Sweden?

The use of a VPN is 100% legal in Sweden. However, bear in mind that illegal activities are still illegal, even if you use a VPN.

CyberGhost VPN is the ideal VPN solution for Swedes who are either living in the country or traveling abroad. But with us as your VPN provider, you get much more than just a chance to unblock streaming services, watch sporting events or access websites.

All our CyberGhost VPN apps use 256-bit AES encryption standards, to make it impossible for hackers or snoopers to track your online activity.

You can count on our military-grade encryption and DNS-leak protection. These features ensure you can keep your digital life safe. What’s more, we have a strict No logs policy in place.

We also provide our Ghosties with P2P servers and unlimited bandwidth to ensure that nothing will interrupt their downloads. And since our apps have an active kill switch function in place, they’ll never to worry about being caught in the act.

Our servers also have no limitation or restrictions, allowing you to freely surf the internet and unblock websites no matter what network you are on.

This is a great product for me
This is a great product for me. My only fear about using a VPN was not being able to stream, and this VPN lets me stream. They have created specific servers for specific streaming services, so you have to switch between servers. Still, the servers work and I feel protected. The only thing missing is being able to make notes on particular servers.
Brad

Flawless
Flawless. Have been using this app for more than 3 years now. Entirely satisfying.
Tom