How to unblock Viber with CyberGhost VPN

3 quick steps and you’re ready to type away

Connect to one of our servers 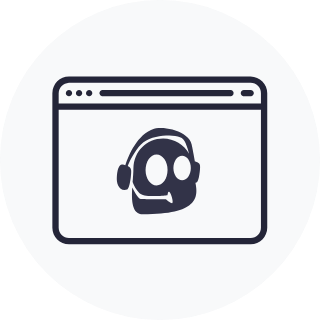 Ever since its 2010 launch, Viber has been connecting people from all over the world. The messaging app was one of the first tools to allow users to freely text, share media and call one another.

In 2014, Rakuten Inc. acquired Viber. They redesigned the app and added a plethora of customization options and features.

The app now has stickers, which a third of users send daily. Polls are also available, since decisions are best made in a group. And speaking of groups, you can create a chat with up to 200 people. It’s the easiest way to keep up with all your friends in one place. Encrypted chats that you can completely delete allow you to share your secrets with your besties.

The dark mode makes it easy on the eyes, so you can keep up with your Communities and public chats as much as you like. Or just to make it easier to concentrate on your GAMEE sessions.

Viber Out allows you to make international calls with non-Viber users at a low cost. The service has even been made free during times of crisis or natural disasters to help victims connect with their loved ones.

It’s no wonder that over one billion users enjoy Viber across 193 countries. The app is also available in 32 languages and has an in-chat translator to facilitate communication worldwide.

Not everyone’s a Viber fan

Viber has placed enormous value on their users’ private data. So, it’s no surprise that it did not hand over account information to authorities when it was requested. As a result, the app was blocked in some countries.

Since Viber is a VoIP service, it’s often the collateral damage in anti-VoIP campaigns. Governments want to clamp down on platforms that can be used to propagate politically and religiously sensitive information. Other conservative countries take issues with the video calling feature since it can be used to show sexually explicit images.

Viber is partially or completely restricted in countries like:

But that’s not the end of it.

Even in countries where there are no official restrictions on Viber, local networks and Internet Service Providers can prevent you from accessing the app. Network admins at your workplace or school can block the app completely, to limit the use of their Wi-Fi.

Don’t let that kill your vibe, though! CyberGhost VPN can help you bypass these restrictions.

Keep your conversations going no matter where you are

As your VPN provider, we make sure you can unblock Viber and access your chats anywhere in the world.

Whether you are looking to bypass local network restrictions or access Viber from other regions, we make it happen with our virtual private network.

First, we hide your IP address. Then we replace it with one from our system. Since we have no restrictions on our network, you’ll get access to Viber without a problem.

Unblock Viber on any of your devices

It doesn’t matter if you're using Viber on your phone, tablet or laptop.

We have a wide range of VPN apps, so that you can unblock Viber on your Windows, macOS, iOS or Android devices. Linux devices are also in.

And there’s more! Since just one CyberGhost VPN subscription can simultaneously protect up to 7 devices, you can message everyone securely and keep your digital life protected at the same time.

With a network of over 7200 servers in 91+ countries, we’re your perfect VPN for Viber!

Connect to one of our servers and enjoy Viber at its full potential.

Ditch your Viber proxy, get CyberGhost VPN for maximum security

It might seem appealing to use a free proxy service to reroute your internet traffic, but it comes at a price. Since there’s no encryption, you’re handing over your data to a third party. This poses great privacy risks.

Proxies often come with minimal security options. Your private information can easily be exposed or sold to third parties.

If you want to access Viber messages safely, CyberGhost VPN is the right VPN software for you.

If you want to access Viber with CyberGhost VPN, here are some more details. For further guidance, get in touch with our Customer Support team via live chat or by email. They are available 24/7 and can handle your request in English, German, French, and Romanian.

CyberGhost VPN simply gives you the option to connect to a network that has no restrictions around Viber. You’ll need a valid phone number to create and use your Viber account.

Can I send messages anonymously on Viber with CyberGhost VPN?

By connecting to one of our servers, you can unblock the Viber app. But you still need to follow Viber’s terms of service when sending messages.

CyberGhost VPN only encrypts your internet traffic, so your messages will not be anonymized.

What devices can I use to get on Viber with CyberGhost VPN?

You can send messages and create group chats through Viber on multiple platforms with CyberGhost VPN.

We cover a wide range of devices using iOS, Android, Windows, macOS, and even Linux.

We have over 7200 servers in 91+ countries, and we’re always expanding our network. Plenty of options are at your disposal to bypass geo-restrictions.

To make things extra simple, just go for our “Best location” feature. As the name suggests, it will automatically connect you to the best server available for you.

CyberGhost VPN offers so much more than the possibility to access your Viber messages!

We’re here to protect your entire digital life with our military-grade encryption, kill switch and DNS-leak protection. We also have a strict No Logs policy. You’ll be the only one knowing what you do online.

One of the best VPN
A very good service with a great customer service. I had to cancel my subscription in the first month, because I need a server in a specific country which was not available. But this is the best VPN I have ever use in the past few years.
Martin