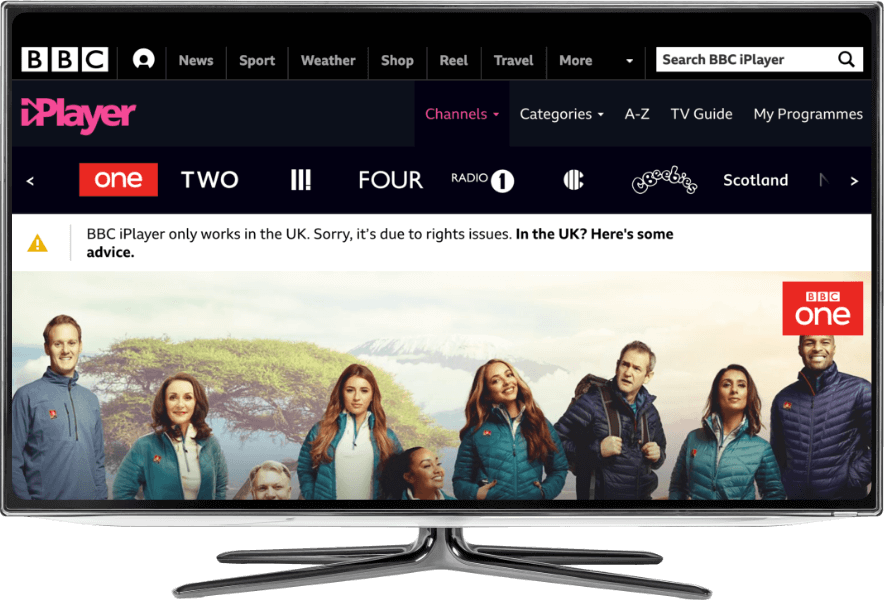 With more than 9700+ VPN servers in 91+ countries, we give you the highest possible speeds and unlimited bandwidth for unbuffered BBC streaming. And we even have dedicated UK servers optimized for the British channels.

No. Blazing fast servers are ready to stream BBC for you.
Worldwide, we have more than 9700 VPN servers in 91+ countries, ready to cater to your every privacy need. Just make your pick or let the “Best location” feature do it for you.

Very stable and reliable.
I like it that they have servers pretty much everywhere!
Mo Vies