Get your F1 live stream going

3. Fire up a broadcasting service

Where to watch F1 online?

With online streaming platforms becoming more and more popular, cutting the cord on your cable TV seems like a natural move. Fortunately, there are plenty of platforms that stream live Formula 1 races.

Here are the top choices you can go for.

As you can see, Formula 1 fans in the US are spoiled for choices when it comes to streaming platform that show the 2020 season.

However, we recommend going for F1 TV PRO. The service promises and ‘over the top’ viewing experience with no ad breaks, live feed to any of the 20 cameras onboard the cars, exclusive camera angles, and the possibility to ‘pull up a chair’ to the pit wall and get expert insights and strategy predictions.

To live stream the official F1 TV Pro stream you’ll need to use CyberGhost VPN to connect to a US based server and then create an account here.

Alternatively, you can take advantage of Sling TV’s free trial period and tune in for a Formula 1 racing weekend for free.

Stream Formula 1 with a VPN live on TSN

If you’re not from or in Canada, you can stream Formula 1 Grand Prixs on TSN using CyberGhost VPN. The process is as simple as it gets. Connect to a Canadian VPN server, launch the TSN website and create an account. TSN may ask you to provide a valid Canadian postal code (e.g. L6X 4X6). The perk of using TSN is that you’ll also get access to the full range of TSN sports channel.

How to watch Formula 1 online on Kayo Sports

Kayo is the Netflix of sports streaming. For $25/mo you get access to over 50 sports. The aussie-based service has dedicated apps for streaming F1 alongside a huge variety of other sports action on all devices – big or small. Kayo is able to deliver that much sports content thanks to its partnership with the likes of Fox Sports, ESPN, or beIN Sports.

If you’re not from Australia, CyberGhost VPN is your way into Kayo’s sports universe. Just connect to one of our many servers from Down Under, go to Kayo, create your account, and enjoy!

Racing fans worldwide are surely counting the days until they can hear the gripping sound of a Formula 1 car engine. The 2020 season was supposed to start mid-March, in Australia, and draw curtains at the end of November. However, the COVID-19 global pandemic forced FIA, the governing body of motorsport, to come up with a new and condensed season version. As a result, drivers will race 8 Grand Prixs that will stretch out across July, August, and September.

As a measure of precaution, all races will take place without any fans inside the venues. The 2020 season promises a three-way fight between Mercedes, Ferrari, and Red Bull for both the drivers’ and constructors’ World-Championship.

As racing fans ourselves, we can’t wait to see the action unfold. Will Hamilton equal Schumacher’s tally of 7 titles? Can Verstappen or Leclerc put the brit’s domination to an end? One thing’s for sure: July the 5th cannot come any sooner.

If you want to get an insider's perspective on what goes on behind the curtains of the Formula 1 circus, make sure to check out Netflix’s documentary Formula 1: Drive to Survive.

The teams and drivers 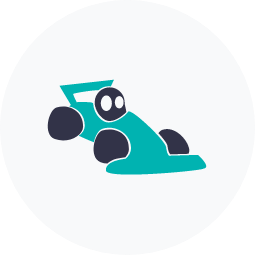 The team to beat. This year’s driver line-up remains unchanged, with Lewis Hamilton and Valtteri Bottas.

Six-time champion and current title-holder Lewis Hamilton will be looking to equal Michael Schumacher tally of seven titles. Meanwhile, his teammate is looking of yet another season of performing under pressure. Although Bottas finished the 2019 in 2nd place, rumors have it Mercedes is looking to replace the Finn with George Russell.

There’s a reason why they call Formula 1 the Big Circus. No one would have expected Ferrari to announce they won’t be renewing Seb Vettel’s contract at the end of the season. However, a mix of disappointing results by the German combined with a stellar display of driving skills from his team-mate Charles Leclerc made Ferrari give up on him.

The question on everyone’s lips is how will the four-time champion react to this? Will Vettel end his spell at the Ferrari Scuderia en-fanfare and make them regret their decision of dropping him? We don’t know about you, but we can’t wait to find out. 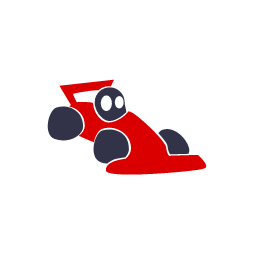 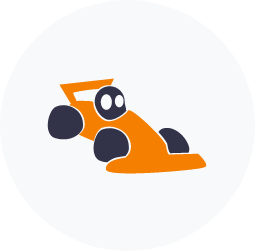 The 2019 season was the best one yet in Max Verstappen’s career. And for his 6th season in F1 the high-flying Dutchman has set his sight on the World Championship title. Alexander Albon will be his teammate for the season. The Frenchman will be looking for his first podium finish after coming close to one in Brazil.

McClaren finished 4th in last year’s constructors’ championship. And that’s far better than anyone would have expected. Can they better that performance this year? In very British conservative fashion, the team’s goal is to merely close the gap to the top three while keeping their rivals behind. The drivers responsible for helping the team achieve that goal are Carlos Sainz Jnr and Lando Norris. 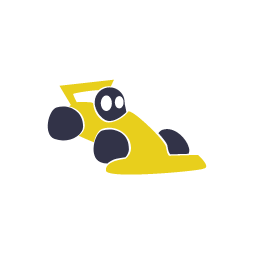 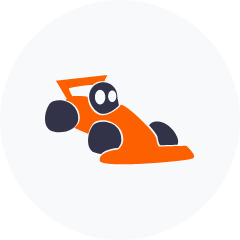 After a mediocre (to say the least) 2019 season, Renault has to do better. Ricciardo didn’t join the French constructor outfit to scrap for points. The 2020 season will be his 2nd year of his two-year contract, and if Renault can’t deliver a competitive car, the Aussie will have some serious decisions to think about.

His teammate for the season will be Esteban Ocon, who replaces Nico Hulkenberg.

After finishing 5th in the constructors’ championship, in 2018, expectations from team HAAS were high. Instead, last season turned out to be the worst in the team’s short-lived history inside the Big Circus.

For 2020, the pressure is high on Gunther Steiner to improve the team’s performance. Even though the team achieved more than any American team in F1 in the past 40 years, Gene Haas, the owner was not pleased with the lack of competitiveness shown last season.

Should the team fail to improve, there’s no telling if Hass will be returning to Formula 1 in 2021.

For now, Romain Grosjean and Kevin Magnussen are the two drivers leading the charge for the American outfit. 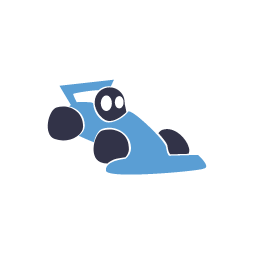 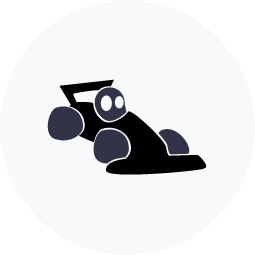 During the initial winter testing, Racing Point’s new car stole the show with its considerable pace. The Mercedes powered RP20, is touted by team boss, Otmar Szafnauer as the ‘most competitive’ model the team has ever produced. If this is indeed true, the pressure is on for Sergio Perez and Lance Stroll to deliver results. The formerly know Force India Racing have punched above their weight in the past. Can they deliver again?

If early season tests are any indication of what’s to follow, then Kimi Iceman Raikkonen and his teammate, Antonio Giovinazzi, don’t have much to look forward to.

Their car was clocked the slowest lap out of all teams while in terms of short run pace they were second bottom. Luckily, they had plenty of time to improve their car.

However, even if they improve the car’s performance, Antonio Giovinazzi needs to step up and bring in more points for the team. Their 8th place in last season’s standings are largely a merit of Kimi Raikkonne, who brought home 43 of their 57 points. 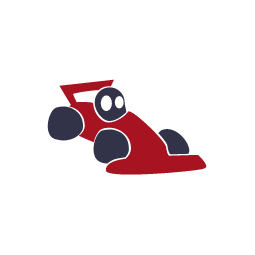 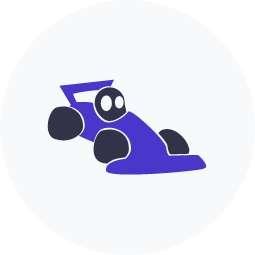 Surely, it can’t get any worse than the 2019 campaign for Williams. Beating their one-point tally shouldn’t be that hard. So, keeping an optimistic mindset, the only way for Williams to go is up.

The silver lining of that season was, however, George Russel. The American marked himself as one to watch for the future. Williams’s #2 will be rookie Nicholas Latifi who replaces former Grand Prix winner Robert Kubica.

Don’t let the name fool you. Alpha Tauri is nothing else but a rebranding of the Scuderia Torro Rosso. Other than the name, the team’s drivers and personnel remain largely the same. After a 2019 season that saw both drivers earn podium finishes for the first time in the team’s history, Pierre Gasly and Daniil Kvyat will hope to continue the trend. 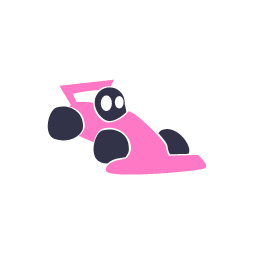 To make sure you don’t miss a second of the action, CyberGhost VPN brings the thrill of Formula 1 racing to all your internet connected gadgets. Our VPN is optimized for desktops, mobiles, gaming consoles, and Smart TVs.

What’s more, a CyberGhost VPN subscription covers up to 7 devices and supports simultaneous connections. Get the action on all your screens!

Since Formula 1 is a global event, it’s fitting to follow it using a VPN with a similar scale and grandeur. CyberGhost VPN lets you access over 6100 high-speed servers from 88+ countries. Combine this with top-notch security features for unrivaled anonymity and you get one of the best VPNs for streaming and unblocking way more than just the Formula 1 races. Goodbye geo-restrictions!

Want to know more about how to stream F1 with CyberGhost VPN? Check out our FAQs. For further guidance, contact our Customer Support team via live chat or email. They're available 24/7 and can handle your requests in English, German, French, and Romanian.

Do I need a cable subscription to access the streaming channels broadcasting Formula 1?

None of the F1 live streaming options we’ve included in this article require cable TV.

Will CyberGhost affect my Formula 1 streaming quality or speed?

We have blazing fast servers optimized for streaming. With our network of 6100+ servers in more than 88 countries, we make sure nothing throttles your streaming experience.

CyberGhost VPN is the ideal VPN for watching Formula 1 anywhere you are.

With us as your VPN provider, you get much more than just a chance to unblock streaming services and watch your favorite sport.

We give you state-of-the-art security features such as military-grade encryption, a kill switch and DNS leak protection. We also have a strict No logs policy in place.

Perfect and performant !
Everytime and everywhere, it's perfectly what I need. Thank you
Eric

CyberGhost has superb customer support
CyberGhost has superb customer support. I was frustrated and getting ready to quit their service, but decided to contact them first. I did not expect that they would spend so much time tracking down and SOLVING my problem! I am a satisfied customer. (A special shout-out to support tech Daniel G, great job).
Byron