If you’ve ever watched a spy movie from the last two decades, you must be familiar with the scene where characters take out the battery or turn off their phones to escape police tracking. Whether a hero or a villain, this is the classic maneuver to make sure no one hears, sees, or reads their secrets.

But in real life, police use a sophisticated tool to monitor phones even when turned off. That’s called a Stingray, and until recently, one company was the leading provider of these tracking systems. However, things are about to change since they decided to stop selling directly to law enforcement agencies. 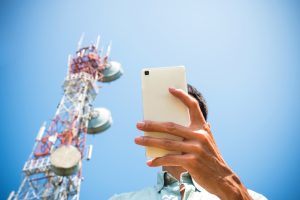 Now a new business is about to take the lead and give a hand in catching bad guys and track your phone as well, even if you’re not under investigation.

Let’s find out more about Stingrays and what’s about to come into play.

Stingrays or cell-site simulators are a powerful phone surveillance tool. They’ve been around since the 1990s, but the public only started to know about them in early 2000.

Initially, Stingrays were designed for military and national security use only. But it all changed when organizations like the Federal Bureau of Investigation (FBI), the Drug Enforcement Administration (DEA), the National Security Administration (NSA), and the Department of Homeland Security started using them on a large scale.

Several UK police forces are known to use Stingrays as well.

Stingrays can catch your International Mobile Subscriber Identity (IMSI). This is the number your phone sends to the network to identify itself to connect. Think of it as a passcode to the network, opening the door to making phone calls, sending text messages, and more.

Phones automatically ping their nearest cell tower for service, and this happens even when you’re not using your device for making a call, for example.

A Stingray takes advantage of this setup by simulating a cell tower. Your phone no longer sends a signal to the legitimate cell tower but unknowingly pings the Stingray, so it gives away the IMSI number to a third party.

You might think Stingrays are OK for catching criminals, but here’s the thing.

When used to track a suspect’s cell phone, Stingrays also gather information about the phones of countless people who happen to be nearby. They can also intercept the content of all voice calls and text messages.

Stingrays are not without controversy

The legitimacy of using StingRays has been questioned from the very beginning. The tools were even kept secret at times.

Often, those using Stingrays were not allowed to disclose any information about the technology. Harris Corp., the leading vendors, even had agencies sign non-disclosure agreements. And even though police departments would sometimes find criminals this way, they rejected public records requests about Stingrays.

Vallejo police — with a documented history of unlawful surveillance and harassment — has used its brand-new cell site simulator nearly 30 times, per Chief Williams. Each use requires a warrant. But Williams repeatedly referenced the possibility of warrantless searches. https://t.co/BvZdhxGwVJ

The matter even made it to court, one famous case being the United States v. Rigmaiden. Although guilty, the defendant tried to prove that, in his case, the police used Stingrays without a warrant.

During his incarceration, he spent many years trying to prove he was right.

Rigmaiden didn’t convince the judge that the Stingray’s warrantless use was unconstitutional, but he did win over the public opinion, privacy researchers, and journalists.

In the US, the legal grounds for using Stingrays were established in 2015, when a Maryland Court decided that the authorities need warrants before deploying the surveillance tools. That same year, California passed a law requiring a warrant before police can use a cell-site simulator. The state also required agencies to publish annual public disclosures about these warrants.

All hail the new Stingray provider

In the past, the authorities have mainly one provider for Stingrays: L3Harris Technologies, formerly known as Harris Corporation. But the company will no longer be offering its services to the likes of police departments by the end of 2020.

The reasoning is that 5G networks would make Stingrays obsolete.

Octasic is the Canadian firm that manufactures the new Nyxcell V800 Stingray. This model can gather information on smartphones and older GSM devices. What’s more, it can target eight frequency bands, including 2G, 3G, and 4G.

The Nyxcell stimulators seem to include a mobile workstation able to display and render maps that reveal accurate real-time locations of the target cellular device.

So far, reporters and researchers could not find further details of the cell-site simulators’ capabilities, and Octasic refused to comment.

Yet, the question is why law enforcement and police agencies choose this new Stingray provider? Some specialists have indicated that the reason is due to its technological effectiveness.

While that sounds like a standard approach, it could also mean the Stingray is more invasive and puts people’s privacy at a greater risk.

Usually, you’d have an expectation of privacy when using your devices. But with hackers, providers, and the authorities always looking over your shoulder, that’s no longer the case.

And without proper regulations, it only looks like this situation will continue.

So, it’s time to understand how surveillance alliance work and the political struggles for getting more surveillance back on the menu. Then you’ll be compelled to practice good cyber hygiene and hide your digital footprint with a VPN.

Take matters into your own hands and start protecting your privacy today!


What’s your take on Stingrays? Do you fear them? Do you think the authorities should have a warrant before using them?

Previous Article How to spot a keylogger on Android and iOS phones Next Article Mind the Privacy Risks of These Apps when You Work from Home
Share: