How to watch the streaming service with the best Amazon Prime VPN: CyberGhost VPN

Connect to a streaming server optimized for Amazon Prime

There’s always something to binge on Amazon Prime

Launched back in 2006, Amazon Prime is a leading premium streaming service boasting one of the largest on-demand video libraries. Amazon Prime has grown to more than 100 million subscribers in the US alone – with users also benefiting from 2-day shipping and music streaming services as part of the deal. A true rival to what Hulu or HBO can offer.

With an Amazon Prime subscription, you get access to:

● Acclaimed originals like The Grand Tour, The Man in the High Castle, Transparent, Mozart in the Jungle, and The Marvelous Mrs. Maisel

● Network and TV cable hits such as True Blood, Vikings, The Good Wife, and Orphan Black

● TV classics like The Sopranos, The Wire, House M.D., The X-Files, and Downton Abbey

● Live sports such as the ATP US Open, NFL Thursday Night Football, and you can even stream Premier League football!

Amazon Prime Video is available to users in more than 200 countries worldwide. As good as it all sounds, there is one downside. Due to licensing restrictions, some content is only available in certain regions, with the US boasting the best library. Here’s where CyberGhost VPN steps in for you.

It doesn’t matter if you’re living outside the United States or just traveling, with a virtual private network you can watch the best movies on Amazon Prime and all the TV shows you can handle.

Our VPN software hides your IP address and replaces it with an American one from our system. Amazon Prime won’t have access to your real location anymore. As a result, you’ll be able to access the full library of the streaming service.

After you bypass those pesky geo-restrictions with CyberGhost VPN, get ready to spend hours watching full seasons of exclusive Prime Original series, thousands of movies, kid’s shows, live sports, and much more.

Stream Amazon Prime on all your devices

CyberGhost VPN allows you to experience the full potential of your Amazon Prime subscription. And since we have apps for a wide range of devices, you’ll be able to watch your shows on operating systems like Windows, macOS, iOS or Android. We support Smart TVs as well.

If you want to talk numbers, you should also know that just one CyberGhost VPN subscription protects up to 7 devices simultaneously. You’ll be getting access to your favorite Amazon Prime content easily, and keeping your digital life private at the same time.

With more than 7300 servers in 91+ countries, we give you the highest possible speeds and unlimited bandwidth. We even have dedicated servers optimized for Amazon Prime.

Throttling from your Internet Service Provider or annoying proxy errors will be things of the past. You can just sit back and enjoy a smooth, interruption-free Amazon Prime streaming experience.

See all US servers

If you want to stream Amazon Prime with CyberGhost VPN, here are some more details. Our Customer Support team is ready to help you 24/7 via live chat support or by email in English, German, French, and Romanian.

Does CyberGhost VPN come with an Amazon Prime account?

No, these are two separate accounts.
You’ll have to give your pesos to Bezos to land an Amazon Prime subscription. You should also know that premium channels on the streaming platform might require an additional subscription, but many of them offer free trial periods. Some are also available in bundle deals.

Do I need a cable subscription to stream Amazon Prime?

No, you don’t.
With Amazon Prime, you skip all the hidden fees, equipment rentals, or installation appointments usually associated with a cable subscription.

What devices can I use to watch Amazon Prime with CyberGhost VPN?

Will CyberGhost affect my Amazon Prime streaming quality or speed?

No. Our dedicated blazing fast servers are ready to stream Amazon Prime for you.
What’s more, with our network of over 7300 VPN servers in 91+ countries, you can enjoy the internet without restrictions.

CyberGhost VPN is the ideal solution for streaming Amazon Prime.
But it’s not just that. Our military-grade encryption, kill switch, DNS-leak protection and strict No logs policy are in place to always keep you safe online.
For more information on the importance of digital privacy and anonymity, visit our Privacy Hub.

See everything without laces and hoods....
I see everything and I see it very well, and I thank you infinitely
Fiore Liborio 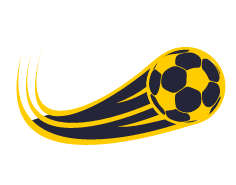 Save {discount}% on the 3-year plan!
Grab deal