The 2022 Virgin Media British Academy of Film and Television Arts TV Awards streamed live from London’s Royal Festival Hall on Sunday, May 8. If you’re outside the UK, geo-blocks probably kept you from watching, but CyberGhost VPN users all over the world streamed the BAFTA TV Awards live on BBC iPlayer.

Award-winning comedian, actor, and filmmaker Richard Ayoade hosted this year’s celebration of the British small screen. Over the event’s history, Julie Walters and Michael Gambon have won the most BAFTAs, with four each.

Who joined the BAFTA TV winners’ circle in 2022?

BBC Three’s In My Skin won the BAFTA for best Drama Series, while BBC Two’s Motherland took home the award for best Comedy Series. In a bit of a surprise, BBC One’s Time beat out Olivia Colman’s Landscapers and Channel 4’s It’s a Sin for best Mini-Series. Time’s star, Sean Bean, won the best Leading Actor BAFTA. Some of the other big awards went to: 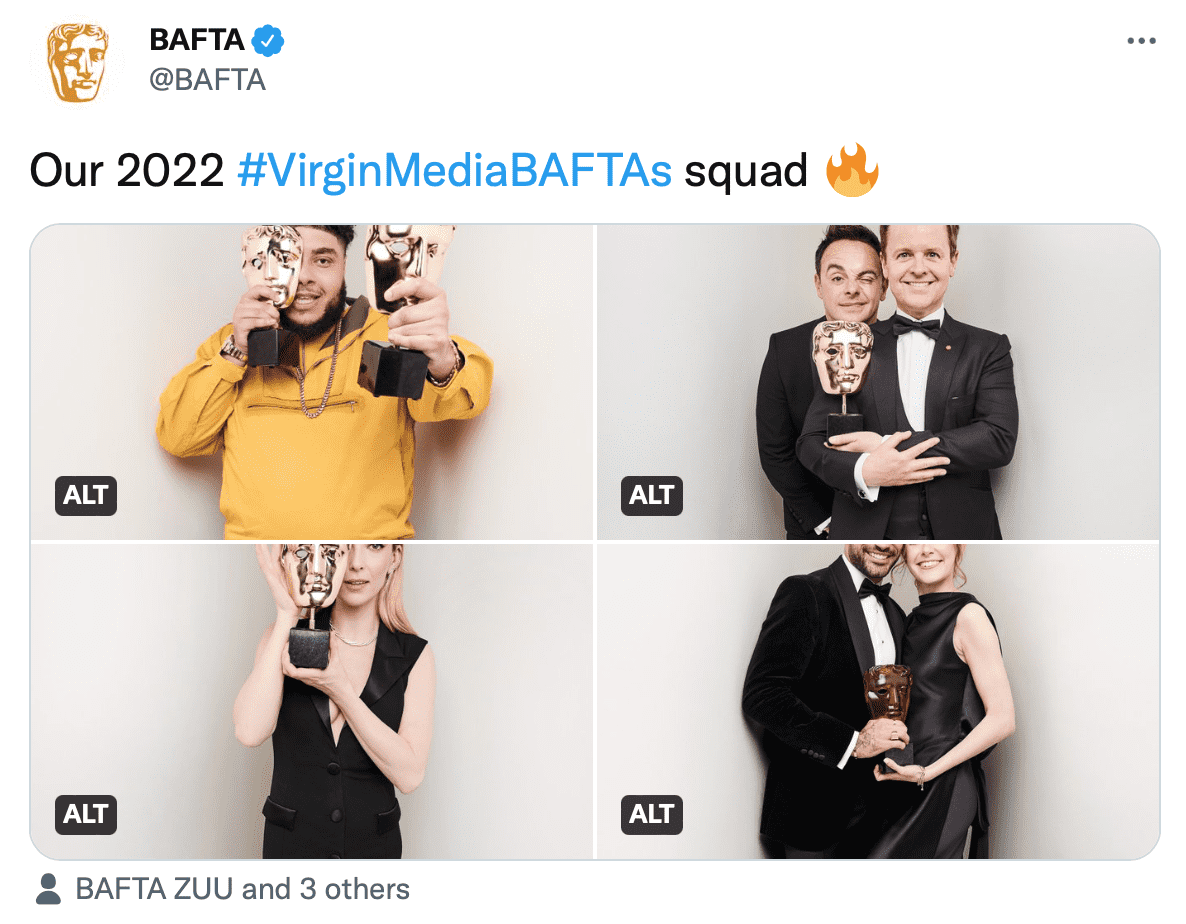 Want to see next year’s BAFTA TV Awards live – even if you’re outside the UK? Download CyberGhost VPN and catch all the best moments as they happen.

Why You Need a VPN to Watch the BAFTA TV Awards

The BAFTA Television Awards celebrate the best and brightest stars of British TV, but it’s only broadcast in the UK due to licensing restrictions. If you’re in Britain, you can watch the TV BAFTAs on BBC One or stream it using BBC iPlayer.

However, if you’re traveling or living outside the UK, geo-blocks stop you from accessing the show. That’s where a VPN comes in – it’s your ticket to the show, live or on demand.

A VPN lets you access UK streaming services from abroad. How does it work? It encrypts your data and masks your IP address with one from its own server network. That means you can choose a VPN server in the UK to get a British IP address. BBC One and BBC iPlayer will think you’re in the UK and let you access all the content you want from abroad, including the BAFTA Television Awards.

While it’s perfectly legal to use a VPN to stream the BAFTA Television Awards, unblocking content or creating an account outside countries where it’s licensed may violate copyright. CyberGhost doesn’t recommend breaking any agreements or laws, with or without a VPN.

Not all VPNs are up to the job. CyberGhost VPN is the best choice to stream the BAFTA Television Awards, and here’s why:

📺 Watch on Any Device 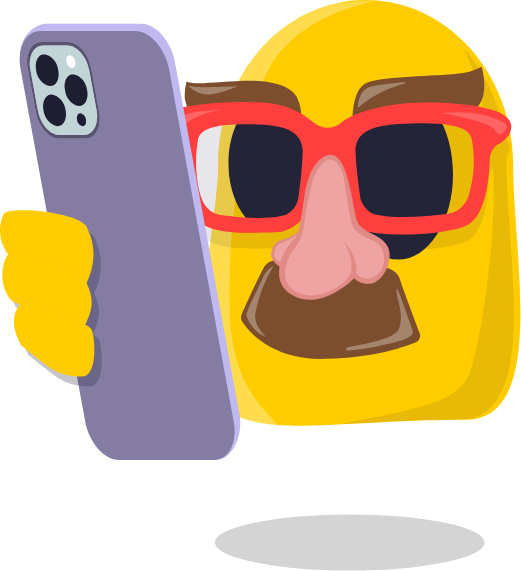 The BAFTA TV Awards are long – what if you can’t stay in one spot to watch the whole show? You need to be able to tune in from any device, at home or on the go. You can with CyberGhost VPN.

We have dedicated apps for all major operating systems and gadgets. That includes macOS, Windows, and Linux computers, iOS and Android smartphones and tablets, Apple TV, Amazon Fire Stick, and more. CyberGhost VPN lets you stream the BAFTA TV Awards on up to 7 devices at once with just 1 account.

Stream the BAFTA Television Awards with CyberGhost VPN and see every winner live!

To watch the BAFTA Television Awards, you need a VPN with servers in the UK. That way you’ll get a British IP address to stream BBC iPlayer.

CyberGhost VPN has a huge network of 7900+ global servers, including 680+ in London, Manchester, and Berkshire. We even have streaming-optimized servers, so you’ll be able to watch the BAFTA TV Awards with the best picture quality.

We’re so confident in our network that we offer a 45-day money-back guarantee. That means when you try CyberGhost VPN you can watch the BAFTA TV Awards risk-free!

Some ISPs and VPNs cap your bandwidth. That means you could be overcharged or have your connection throttled while streaming the BAFTA TV Awards. That’s not an award-winning service.

CyberGhost VPN gives you unlimited bandwidth. Watch the BAFTA Television Awards – from the red carpet to the after parties – without paying extra or suffering through a slow connection.

We continuously upgrade our servers and expand our network to give you ample bandwidth. Want to know more? Contact our customer support team 24/7 via email or live chat, then get CyberGhost VPN and say goodbye to bandwidth limits.

The only thing worse than your favorite show not winning a BAFTA is buffering or connection issues just as the winner’s being announced. That’s never a worry with CyberGhost VPN.

CyberGhost delivers the fastest VPN speeds in the industry. We use state-of-the-art VPN protocols, including WireGuard®, and have more UK servers than most VPNs. We even provide streaming-optimized servers for BBC iPlayer. That means you get uninterrupted UHD streaming and zero buffering with CyberGhost VPN.

Become a Ghostie and don’t miss a minute of British TV’s biggest event of the year.

If your internet speed slows down while you stream your favorite show, your ISP is probably throttling you. ISPs can slow down your connection based on your online activity. Many ISPs also throttle during prime time, which is exactly when the BAFTA Television Awards air in the UK!

Enjoy the BAFTA TV Awards without your ISP snooping thanks to CyberGhost VPN.

Other streaming services that work with CyberGhost VPN: Netflix, Amazon Prime Video, HBO Max, and Disney+. In addition to BBC iPlayer, we also have streaming-optimized servers for popular British channels including ITV and Channel 4.

You can sign up for a BBC iPlayer account from both the UK and abroad. However, the process is slightly different if you’re outside Britain.

After you register, BBC iPlayer will send you an email for verification. You may also be asked to verify that you have a TV license. Simply answer yes and start streaming!

After you register, BBC iPlayer will send you an email for verification. You may also be asked to verify that you have a TV license. If so, just say you do and start streaming!

How to Watch the BAFTA TV Awards on Your Computer

You can watch the BAFTA Television Awards from your Windows or Mac computer. Here’s how:

Note: If you’re outside the UK, you’ll have to connect to the CyberGhost VPN app first and then choose a UK server. We recommend using our BBC iPlayer streaming-optimized server.

How to Watch the BAFTA TV Awards on Your Mobile Device 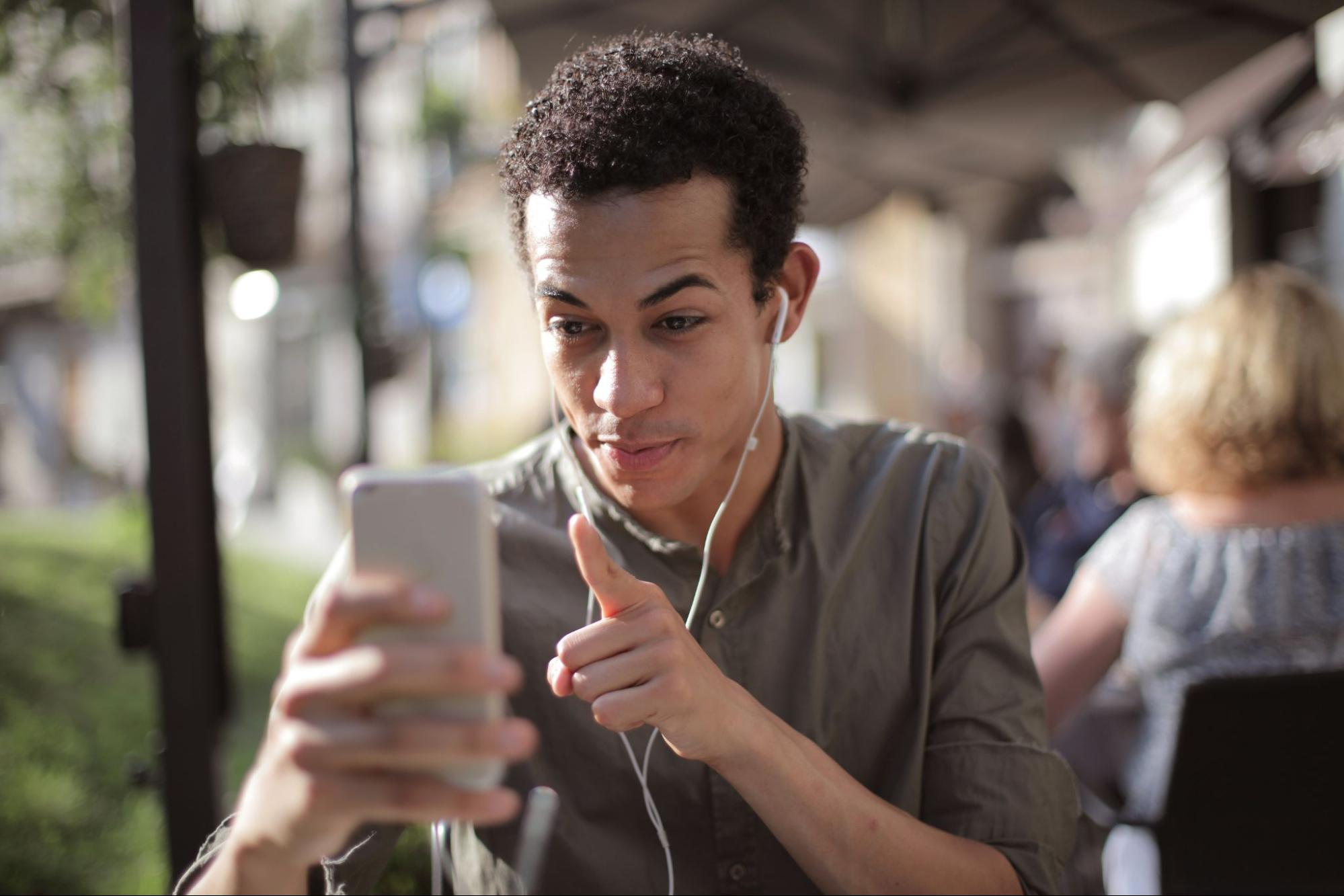 If you’re on the go and want to tune into the BAFTA TV Awards, you can do so from any iOS or Android device. Follow the steps below to keep up with the winners live or catch the best moments on replay!

And the Winner Is…

You! Get CyberGhost VPN and stream the BAFTA Television Awards on any device, from anywhere in the world, in crystal-clear UHD. All you need is a BBC iPlayer account and you can watch every award for all your favorite British shows and stars – live. 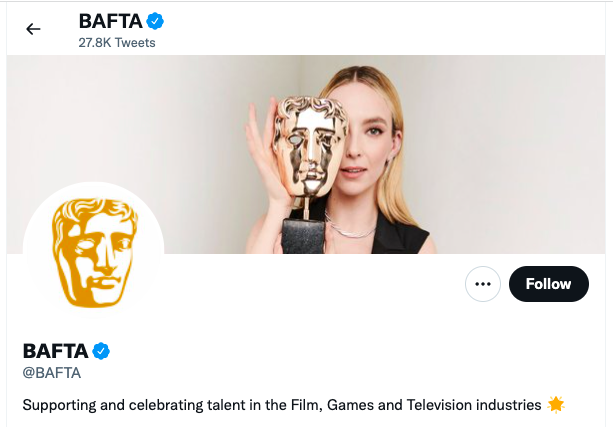 Who hosted the 2022 BAFTA Television Awards?

The 2022 BAFTA Television Awards were hosted by Richard Ayoade, a British comedian, actor, writer, director, and TV presenter. Ayoade is best known for his BAFTA TV award-winning role as Maurice Moss in the Channel 4 sitcom The IT Crowd.

Where can I watch the BAFTA Television Awards online?

You can stream the BAFTA TV Awards online with BBC iPlayer, but it’s only available in the UK. If you’re outside the UK, you’ll need a VPN with UK servers to get access.

CyberGhost VPN has a huge network including 680+ UK servers located in London, Manchester, and Berkshire. We offer streaming-optimized servers to give you the best connections for UHD quality on any device.

Who has the most BAFTA Television awards?

Julie Walters and Micheal Gambon have won the most BAFTAs for their performances in British television, with four each. Judi Dench, Thora Hird, Helen Mirren, and Robbie Coltrane have each won three.

What is the best VPN for streaming?

CyberGhost is the best VPN to stream the BAFTA Television Awards, Netflix, Amazon Prime Video, and more. We have 7900+ global servers, so you can stream your favorite HD content from anywhere in the world.

We also protect your data better than other VPNs. CyberGhost VPN uses cutting-edge VPN protocols with military-grade 256-bit AES encryption. We’re based in privacy-friendly Romania, so we have no legal requirement to track or share your online activity. Our No Logs Policy means we never do!

Previous Article US DOJ Will No Longer Prosecute “Good Faith” Hackers Next Article How to Watch the 2022 Platinum Jubilee
Share: