Since the start of Russia’s invasion of Ukraine, the Russian government has blocked or banned most international social media platforms. Except for TikTok, which is now one of the few sources of social-based entertainment and news for Russian citizens. That is, for the citizens who don’t use a VPN.

Why, you ask? It’s simple: TikTok has caved to the Russian government’s influence and banned content from foreign creators in Russia. According to efforts by the research collective Tracking Exposed, Russian citizens can only see content from Russian accounts. Many of these accounts spread pro-invasion views and actively work to quell dissent.

This move comes despite TikTok claiming it’s increasing efforts to combat misinformation and blocking accounts and content that spread fake news. The company even said the invasion made it accelerate a project aimed at labeling government-owned accounts and restricting misinformation.

Now, researchers are worried about how TikTok’s exclusive content ownership in the country might affect Russia’s social narrative.

The Growth of a Misinformation Monopoly in Russia

Officially, TikTok banned all international content for Russian users. It also blocked new content and live streams created by Russian accounts. This followed new legislation from Russian authorities that criminalized any content deemed fake news about the invasion. Other social networks refused to comply and were subsequently blocked in Russia. 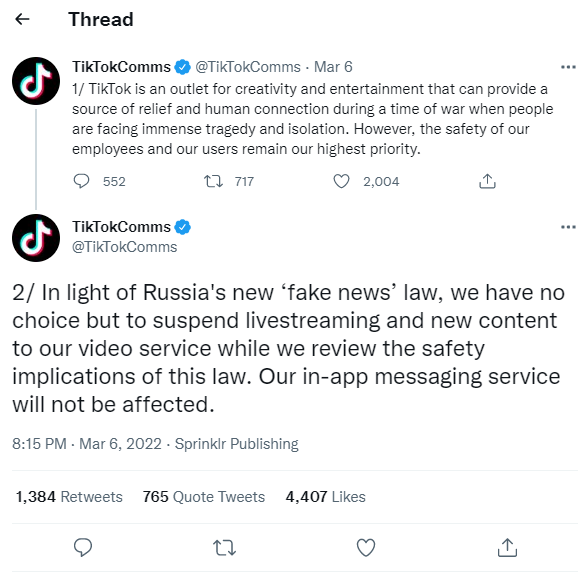 TikTok complied with the new Russian law and blocked around 95% of its content on Russian feeds. That’s an unprecedented level of content restriction enacted by a social media platform. Despite that, some Russian accounts have managed to find a loophole and have continued posting new content on TikTok. 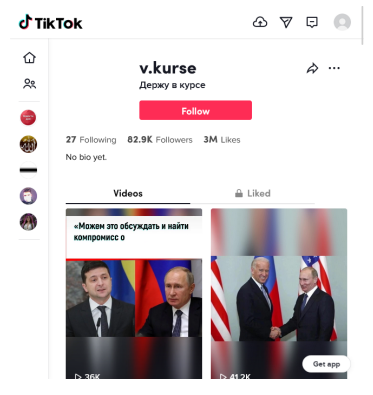 The company has yet to release a statement about this phenomenon of bypassing its filters, but so far, it seems to either ignore these posts or allow them. Vice also reported that a Kremlin-backed Telegram account was paying Russian influencers to post pro-war propaganda. The account even gives step-by-step instructions on how to circumvent the TikTok blocks. Part of the problem is that TikTok’s algorithm has a much more prominent influence on the content people see. Its recommendations feed (For You page) is based on TikTok’s algorithms, not on the creators people follow.

Instagram has something similar with the Explore page, but also offers a personally curated feed based on the accounts you follow. That way, you can choose the type of content you see. On TikTok, though, the app always selects what you see on your feed. That’s a powerful tool for shaping the narrative.

Older social networks are slightly more transparent about the information spread on their services. For example, Twitter and Facebook have research APIs to increase transparency. Many researchers have stated these APIs aren’t comprehensive enough, but that they at least provide some valuable insights. TikTok doesn’t provide access to any such insights at all. That makes it extremely hard to accurately track trends and content fluctuations on the app.

It’s also against the platform’s ToS to create bot accounts, so researchers don’t have official means of gathering data on TikTok. As a result, third parties can’t accurately track how widespread misinformation is on the platform, or how fast TikTok’s algorithm helps it spread.

That also means scientists can’t reliably tell how fast Russian-backed propaganda is spreading on TikTok in the country right now. What’s more, it’s difficult to track the number of accounts still posting in Russia, and how many of these accounts are posting about the war.

Giving Social Platforms Too Much Power 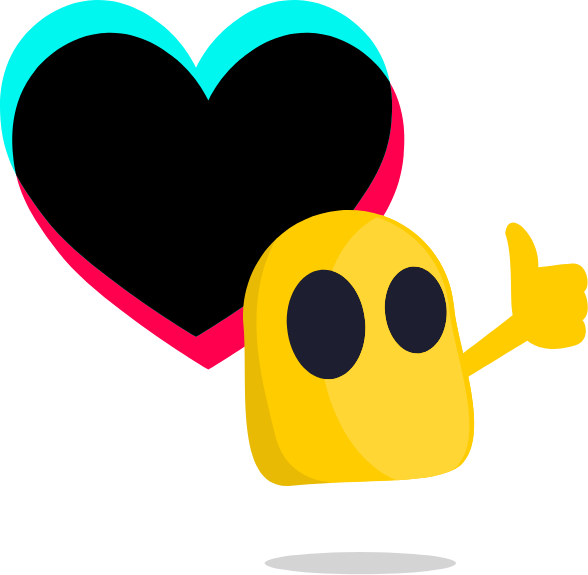 Russian authorities have given TikTok unprecedented power in Russia because the platform is bending to their rules. ByteDance, the Chinese internet company that owns TikTok, stands to gain by staying in Vladimir Putin’s good graces.

As Russian advertisers and influencers flock to TikTok as the only available platform, the mother company will receive a massive payout.

Russia’s potential disconnect from the internet could further cement TikTok’s monopoly. Since Russian and Chinese authorities are on good terms, Russians may get something similar to Douyin, the Chinese state-backed version of TikTok. Unsurprisingly, Douyin has also fully banned any content criticizing Russian President Vladimir Putin.

“Social media users worldwide will continue to be unfairly impacted by algorithms and content restrictions until we have transparency and accountability,” said Claudio Agosti, founder & co-director of Tracking Exposed. Right now, it doesn’t seem like accountability is high on anyone’s priority list at TikTok, so users are taking matters into their own hands.

VPN use has already soared in Russia amid the invasion, mainly due to content restrictions from many companies. TikTok will likely fuel that as people try to restore access to the content creators they used to watch.

CyberGhost VPN provides instant access to the unrestricted web outside Russia with our secure 7900+ servers worldwide.

The only problem is, many Russians may not yet realize the platform is manipulating their content feeds. At this point, the best we can do is spread more awareness about the issue.