Set up your streaming headquarters with the best NFL VPN

Watch all the matches live in 3 easy steps 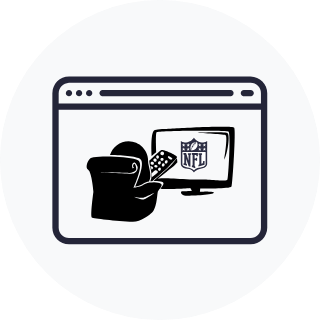 3. Watch all the NFL games live

Stream every game live (without blackouts) with the NFL Game Pass

The NFL Game Pass is one of the best streaming services that let you watch all 256 NFL games this year, even without a US cable subscription.

You can choose three subscription options from the NFL Game Pass, a ‘FREE’, an ’ESSENTIAL’, and a ‘PRO’ one. The ‘FREE’ subscription gets you 24/7 access to the NFL network plus content downloads and 5-minute highlights of every game. The ’ESSENTIAL’ one will give you 40-minute highlights of every match, access to the NFL Red Zone as well as NFL originals and programs, but no live games. The ‘PRO’ subscription, on the other hand, gives you all 256 live NFL games (including the playoffs and the Super Bowl), full game replays, All-22 Coaches Film, and it has a seven-day free trial available.

The NFL Game Pass is not subjected to any geo-restrictions – meaning you can access it worldwide. However, it’s worth noting that the US version does not permit live streaming of regular-season games. Plus, game blackouts will also apply to some parts of Europe.

That means that to access every live game stream, you’ll need to sign up for Game Pass from a non-US and non-European location. This is where an NFL Game Pass VPN comes in handy.

1. Sign up for CyberGhost VPN
2. Use the VPN app to connect to a location that’s both outside the US and outside of Europe
3. Sign up for NFL Game Pass

How to watch NFL games live on mobile for free

Thanks to the NFL-Verizon partnership, you can benefit from free live NFL game streams via the Yahoo Sports app or the NFL app. However, these games are only available in the US. Plus, only local and primetime games will be made available. And you won’t be able to cast the stream on any other device.

Even with these limitations, you still get a good variety of games at no cost. If you’re outside the US, you’ll need to use a VPN before you fire up the Yahoo Sports app or the NFL app.

1. Sign up for CyberGhost VPN
2. Use the VPN app to connect to a US-based server
3. Download and fire up the Yahoo Sports app or NFL app

7Plus is an online Australian streaming service that will broadcast two Sunday games every week for free. As you can probably tell, to access the service, you either need to be in Australia or use a VPN to connect to an Australian server. To watch the games on 7Plus with a VPN:

1. Sign up for CyberGhost VPN
2. Use the VPN app to connect to an Australian VPN server
3. Sign up to 7Plus and enjoy

Although the 2020/21 NFL season was in doubt for a long time due to the coronavirus pandemic, NFL fans breathed a sigh of relief when the League resumed play on September 10. Super Bowl LV will be held – if nothing goes wrong – on February 7 in Tampa Bay, Florida.

Meanwhile, the season promises to bring back, for the first time in 11 years, the Friday Night Lights (matches on a Friday night). And, since this year’s Christmas falls on a Friday, the Minnesota Vikings are set to take on the New Orleans Saints on December 25.

It’s also important to note that, at least for now, the NFL is not implementing a bubble concept. This means coronavirus cases are all but inevitable. However, it is not yet clear how the NFL will react in case of an outbreak within teams. On another COVID-19 related measure, fans will not be allowed to attend matches. However, there are a few exceptions here with the likes of the Cowboys, Colts, Jaguars, Chiefs, and Dolphins, who’ll allow fans in a limited capacity.

While the regular season is set to proceed on a normal basis, the 2020/21 playoffs have suffered some modifications. There will be a total of 14 teams (as opposed to 12) which will allow for one more wild-card team from each conference. As a result, both the AFC and NFC will have seven playoff teams, but only the top seed from each conference will enjoy a bye in the first round of the playoffs. 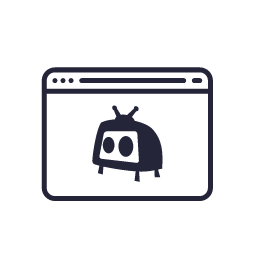 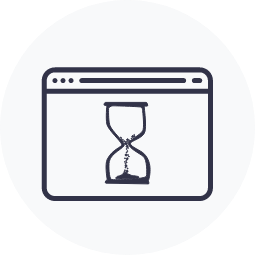 End of an era

The switch did not go unnoticed, as it is directly reflected in the Buccaneers' game calendar design. The Floridian team, which has played only 17 stellar games between 2005 and 2019 – the fewest on the entire circuit - will now be in five games at night.

On the other side of the spectrum, the Carolina Panthers, Indianapolis Colts, Jacksonville Jaguars, Miami Dolphins, Detroit Lions, and Washington Redskins will only play one stellar game.

The best NFL VPN from the huddle

Since the NFL Game Pass can be used on most desktop and mobile devices, it’s only natural that our VPN app should support them too.

That’s why we’ve made sure to optimize CyberGhost VPN for Windows, macOS, iOS, Android, Android TV, Amazon Fire Stick, Linux, and even routers!

And to top that off, one CyberGhost VPN subscription is enough to let you enjoy all the NFL action live on up to 7 different devices simultaneously.

With 7200+ VPN servers from 91 countries, CyberGhost is the top VPN service to help football fans stay up to date with their favorite NFL teams and athletes.

Our servers are designed to offer you the ultimate streaming experience with zero buffering and minimum loading times.

Want to know more about how to access the International NFL Game Pass with CyberGhost VPN? Make sure to check out our FAQs. For further guidance, contact our Customer Support team via live chat or email. They’re available 24/7 and can handle your requests in English, German, French, and Romanian.

Do I need a cable subscription to watch NFL games live?

No, you do not. Just need internet access and an active CyberGhost VPN subscription.

Will CyberGhost VPN affect my NFL streaming quality or speed?

No. Our servers are specially engineered for giving you the best streaming experience possible.

Can I get the NFL international Game Pass at a lower price?

It is true that the price for the International Game Pass varies from region to region. With CyberGhost VPN you can easily find the cheapest location to get the NFL international Game Pass by switching between different server locations and comparing price. As a pro tip, we’ve noticed that prices from the Asia Pacific locations (such as New Zealand) tend to offer the best deals.

CyberGhost VPN is the ideal NFL Game Pass VPN for watching the games no matter where you are.

Just that
Just that, excellent
Yannis