Kick-off your stream in 3 simple steps

Connect to a VPN server from Europe 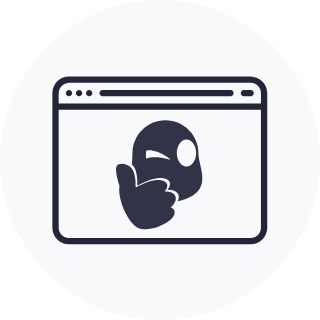 Enjoy the best football league in the world

The English Premier League – football’s cream of the crop

Last season was epic. Liverpool and Manchester City went head-to-head up until the very last Gameweek. The title battle was relentless and undoubtably one that will be remembered for ages. In the end, it was the Cityzens who came out on top, thanks to a 14-game winning run that shattered the Scouser’s dreams of lifting their first title in 29 years. Talk about a dry spell.

Premier League restart: everything you need to know

Save the date: Wednesday, June the 17th. After more than three months of no Premier League action, football fans worldwide will breathe a sigh of relief once matches resume in the 1st tier English football league. We’re in for a month and a half of fixture bonanza, with games taking place nearly every day. The season will end somewhere around July the 25th.

To ensure the safety of all those involved, all games will be subjected to extraordinary measures. First, no fans are to be allowed in the stadiums. Secondly, some high-profile matches are to be played on neutral venues. Lastly, it’s important to know that all the remaining games will start at the following UK times:

With nearly a quarter of the season left, only one thing seems to be certain: Liverpool is to be crowned Premier League winners for the first time in 30 years.

Manchester City also sits comfortably in 2nd place, a spot that guarantees them Champions League football – if they somehow manage to convince UEFA to remove their ban. And it’s precisely this Champions eligibility uncertainty that unravels a fierce battle for the remaining spots. Should City be denied access to this competition, the team that ends the season in 5th place may be given that spot. With six teams within six points of Manchester United, the current holders of that 5th position, we’re in for quite the battle. 3rd placed Leicester City, and 4th placed Chelsea will also need to be extra careful to keep their current ranks.

The last three teams in the table are to be relegated to the Championship. Currently, that trio consists of Norwich (20th), Aston Villa (19th), and Bournemouth (18th).

However, Bournemouth is tied on points with both Watford and West Ham, while 15th placed Brighton sit on a very narrow two-point lead. The fight to avoid relegation will go down to the wire as well.

City and Liverpool seem the ones to beat and it’ll be hard for teams like Tottenham, Manchester United or Arsenal to bridge the gap between that separates them from the first two spots of the league table.

Meanwhile, Chelsea – now under the leadership of club legend Frank Lampard – is going through a reconstruction period and can only hope for a top 6 at most. But it won’t be easy at all, with teams such as Everton, West Ham, Leicester or Wolverhampton breathing down their neck.

Newly promoted Norwich, Sheffield United, and Aston Villa will be hoping to avoid the drop and establish themselves in England’s top-tier competition.

It’s all to play for in the arena of England’s footballing titans. 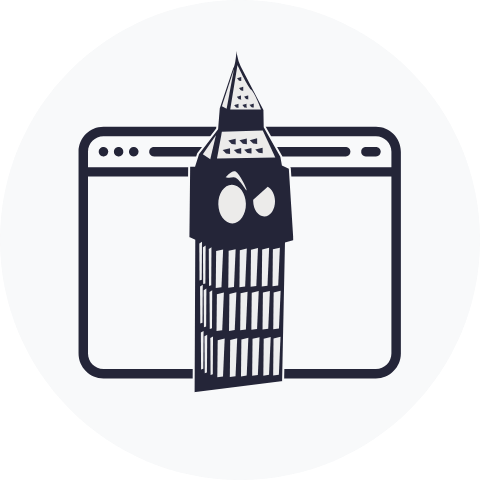 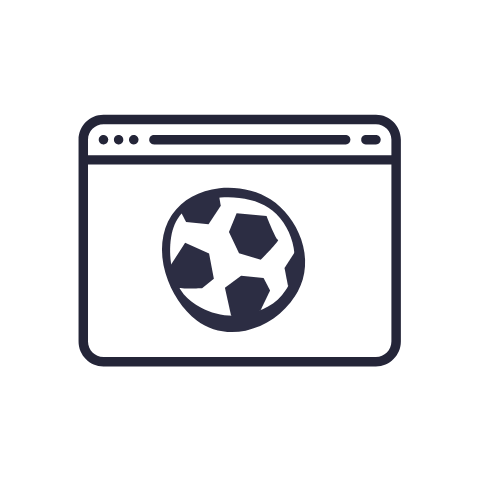 The problem with most Premier League streaming options

Being the most sought-after football league in the world, it’s no wonder fans have a lot of options to watch the matches. But this doesn’t mean that they don’t have limitations. For example, supporters in the UK must contend with some pretty harsh restrictions because Sky Sports and BT split their live broadcasting rights.

And if you want to watch EPL matches in the US using NBC’s Premier League pass, you’ll only be able to see 140 of the 380 games live. To see the rest, you’ll need to wait for the replays.

So, what’s the alternative?

Where to watch or stream matches for free

The Premier League comeback is set to feature a set of eagerly awaited free streaming possibilities. First, as part of an agreement with the UK government, Sky Sports will show 25 matches on free-to-air UK TV.

The other novelty is that, for the first time ever, BBC will televise 4 games for the remainder of the season. If you’re not a UK citizen, you can use CyberGhost VPN to obtain access to Sky Sport’s streaming platform by connecting to a UK-based VPN server. 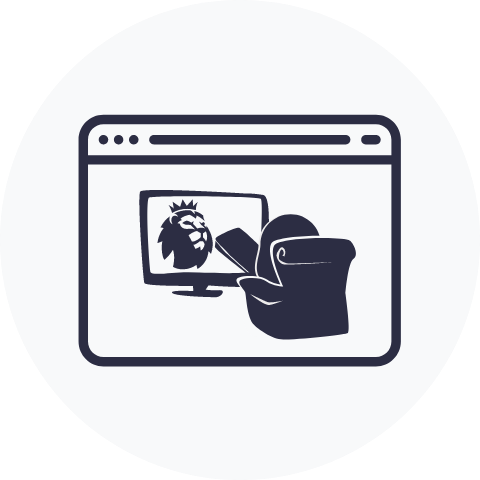 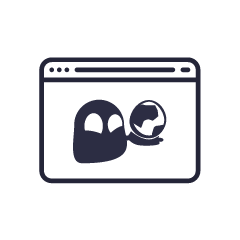 Where to watch all the Premier League matches live online

Eurosport Player is a live and on-demand streaming platform that streams all the English Premier League matches and gives you total control over what you want to see. Plus, it’s also more than three times cheaper than any other alternative.

The catch? The service is only available if you reside in Europe or the European commonwealth.

Don’t worry, though. With CyberGhost VPN, these types of geo-restrictions can easily be overridden.

CyberGhost VPN acts as your all-access pass to everything the Internet has to offer. A VPN service works by switching your real geographical address with another one of your choosing. You do this by connecting to a server from our VPN network. The server location will determine your new (virtual) address. So even though you’re from the US, by connecting to a VPN server from anywhere in Europe, you’ll unblock websites and streaming services such as Eurosport Player.

And here’s a pro tip for you. Eurosport has different pricing plans for different countries. To take advantage of the cheapest plan available (€5.99/mo or €24.99/year) connect to one of our VPN servers from Romania. 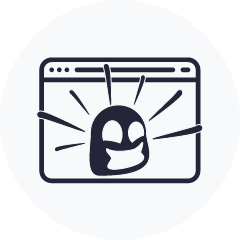 Unlimited streaming options on all your devices

With Premier League action taking place from midday up until late in the evening, you can’t expect to always be in front of a big-screen TV or monitor. Worry not though. CyberGhost VPN lets you unblock Eurosport Player on all your internet-connected gadgets. This way, you can always keep in touch with the action on-the-go by watching the games live on your tablet or mobile device – be it an iPhone or an Android.

CyberGhost VPN also works on all major operating systems such as Windows, Mac, iOS, Linux, and even on routers.

And not only that, but one subscription is enough to facilitate access to Premier League matches on up to 7 different devices at the same time.

Our state-of-the-art network spreads across 90+ countries and counts 6700+ servers, making CyberGhost one of the leading VPN services in the industry.

To top it off, we have individual servers dedicated specifically for unblocking Eurosport Player and streaming your favorite league football competition at peak performance.

Want more info on how to stream the English Premier League online using CyberGhost VPN? Make sure you check out our FAQs below. For further guidance, you can always contact our Customer Support team via live chat or by email. They’re available 24/7 and are ready to answer all your questions in any of the following four languages: English, German, French, or Romanian.

Do I need a cable subscription to watch Premier League online?

Not if you choose to watch it using Eurosport Player – our advanced streaming option. All you need is to connect to any one of the thousands of VPN servers in the UK or from anywhere else in Europe. Then, fire up Eurosport Player, create an account (if you don’t have one already) and sit back and enjoy.

Will CyberGhost VPN affect my streaming quality or speed?

No! Our servers are specially built to give you the best possible streaming experience with no buffering or slow-downs.

CyberGhost is more than the ideal VPN provider that lets you stream Premier League football online.With us, you also get the best possible VPN technologies in existence such as military-grade encryption, built-in killswitch, DNS leak protection, or automatic Wi-Fi data security. Unblocking sites and enjoying total online freedom by keeping your IP address hidden is another perk. Plus, because we’re headquartered in Bucharest, Romania – outside the jurisdiction of the 14-eyes – you can rest assured we’re staying true to our No Logs policy.

For more info on how much we value your digital privacy and anonymity, check out our Privacy Hub.

Cyberghost Listening Your Feedback
Cyberghost Listening Your Feedback I previously used other, not famous, vpn application, considering that famous vpn apps usually easier to get banned by my office network. And mostly I'm getting annoyed with limited options related with my entertainment needs. Then I tried Cyberghost, even though my office network usually block my vpn connection, but due to plenty of server-options, I have less difficulties to connect. Mean time, i was assigned in Asia, and saw a large selection of good movies in Netflix-Asia, but my current provider block the connection. I ask Cyberghost to provide Netflix access in my region. My surprise, they listened, within a week, I saw Netflix options in my region.
Valco

I bought the CyberGhost service because…
I bought the CyberGhost service because of an unrefusable offer! The price for over two years service was amazingly cheap. My PC remains fast when Cyberghost is connected, although my email client sometimes takes a couple of attempts to connect to the server, and some (very few!) websites become slower than usual, but it's not unmanageable. They do advertise other services and software they provide, but it's not intrusive. The CyberGhost web browser is pretty good too.
Gaz Drummond

Great service
Great service! Has helped me with my work and is simple to use. Thanx CyberGhost!
Shawnathan Moyer