How to Watch Eurovision 2022 Anywhere in 3 Steps

Keen to watch this year’s Eurovision song contest but don’t live in a participating country? No problem! All you need to watch Eurovision 2022 anywhere is a virtual private network (VPN).

A VPN creates a direct link from your computer to a server in another country and masks your IP address with one from that server, letting you access geo-blocked content.

CyberGhost VPN has servers in 38 out of the 41 countries broadcasting the contest this year. That means you can change your IP and location in a flash and stream from a huge selection of countries, all from your home. It’s simple – just follow these three simple steps.

Why You Need a VPN to Watch Eurovision

Wondering how to watch Eurovision in the USA? You can now watch the contest on Peacock, but you’ll still have to sign up and watch with ads unless you pay for a subscription. The easier solution? Watch Eurovision live on the Irish TV channel RTE. All you need is a VPN. Here’s how:

A VPN sends your internet connection through a server in another country, hiding your IP address so you can access the internet like you were in the server’s country. That means you can start watching Eurovision on RTE without a plane ticket to Dublin! We give you plenty of other options, too. You can connect to the official Eurovision channel on YouTube. Since it’s geo-blocked, you’ll need to connect to our YouTube Germany server to access the channel. We also have streaming-optimized servers for several other services broadcasting Eurovision.

VPNs are legal in most countries, but accessing streaming services outside their official countries may violate their terms of use. CyberGhost doesn’t recommend breaking any agreements or laws with or without a VPN.

The Eurovision Song Contest is a singing competition with participants representing 40 countries. It was originally a way to encourage stronger ties between European countries after the Second World War. The Eurovision song contest has a famously loose definition of ‘European,’ as it includes countries like Israel or Australia. Next year, Canada is joining!

Over the years, groups like ABBA and singers like Céline Dion have launched their careers from the Eurovision contest. It’s also known for its kitschy vibe and occasionally silly song subjects. This year’s zaniest titles include “Give that wolf a banana” (Norway) and “Eat your salad” (Latvia).

Today the contest has a cult following and has inspired new contests like the American Song Contest.

Every year, the participating countries select one act to represent their country in Eurovision. The competition features two semi-finals and then a grand final. The “big five” countries (France, Germany, Italy, Spain, and the United Kingdom) are already pre-qualified for the grand final since they’re the contest’s biggest financial backers. They’re also among the top winners since the contest was created in 1956.

For this year’s best and worst, you’ll have to watch the competition and judge for yourself. After all, finding out who gets the glass microphone is part of the excitement! If you don’t want to wait, you can already listen to this year’s songs online. 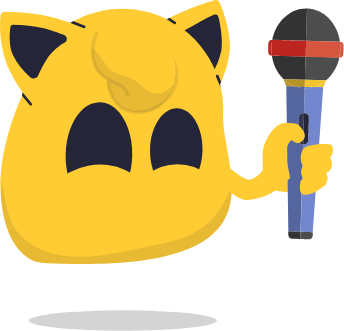 Who is participating in Eurovision 2022?

Russia was removed from the contest after its invasion of Ukraine in February 2022. 40 countries are now participating in Eurovision 2022. Here’s the entire list:

Why Choose CyberGhost as the Best VPN for Eurovision

When you’re not at home or can’t access your PC, watch RTL+ on your phone! First, open the CyberGhost VPN app and connect to a server in Germany. Then follow the steps below for iOS and Android phones.

🤌 Watch on All Your Devices

Want to keep up with Eurovision 2022 on multiple devices? Who knows where you might find yourself the night of the final. CyberGhost VPN is much more than a Windows and macOS app!

We have apps for iOS and Android, so you can use the Eurovision app to stream live on your phone or keep watching on the go. We also let you watch on your biggest screen with our Android TV and Fire TV apps.

Since each CyberGhost subscription supports up to 7 connections at a time, you can watch the Eurovision contest on multiple devices at once. Friends and family can even get in on the excitement!

Worried about backup options for streaming the greatest singing contest of the year? CyberGhost has 8000+ servers worldwide in 91 countries and counting. We have servers in 39 out of the 41 broadcasting countries, so no Eurovision fans have to suffer.

We also have servers optimized for streaming services, including BBC iPlayer, NBC, and RAI – this year’s host broadcaster for the competition – so those outside of Europe can also tune in.

Got to catch every second of Eurovision? CyberGhost VPN will never slow you down! We have so many servers that we never have to limit your bandwidth to prevent overcrowding.

Unlimited bandwidth means you can watch the entire Eurovision contest without worrying about bandwidth caps.

🤌 Get the Fastest Speeds Possible

Eurovision has a lot to offer, from awe-inspiring vocals to outrageous performances, but slow streaming speeds can ruin the fun. That’s why you need a fast VPN, and CyberGhost delivers!

We’re one of the fastest VPNs on the market. We offer the latest lightning-fast VPN protocols (the guidelines connecting you to our server) like WireGuard®. Almost all of our servers run on 10 Gbps to give you even better performance and more bandwidth.

CyberGhost VPN makes it easy to watch Eurovision from anywhere. Just connect to one of our servers, access your preferred streaming service, and enjoy the show!

CyberGhost is also great for streaming while you travel, staying safe on public wifi, getting better deals online and so much more. We know you’ll love CyberGhost, so we’re giving it a 45-day money-back guarantee!

Where will Eurovision 2022 take place?

This year’s Eurovision Song Contest will be in Turin, Italy from May 10 to May 14, 2022. Don’t worry, you don’t need to book a trip to Italy to watch it! You can easily watch the broadcast from a participating country with CyberGhost VPN.

Who is singing in Eurovision 2022?

40 different participants are singing in this year’s competition. You probably haven’t heard of Mahmood & BLANCO, Sheldon Riley, or The Rasmus. That’s normal – this year’s contest could be their big break! Eurovision was a launching point for ABBA, Céline Dion, and other super-famous musicians!

Cyberghost VPN gives you a fast and stable connection so you won’t miss a second! If you ever have any connection trouble, our customer support team is ready to get you connected again 24/7!

Is the UK participating in Eurovision 2022?

Yes! The UK continues to participate in the contest alongside the other participating countries. This year, the UK is represented by Sam Ryder singing SPACE MAN (yes, in all caps.)

If you’re an Anglophile, CyberGhost VPN has got you covered with our streaming-optimized servers for BBC iPlayer, Channel 4, Netflix UK, and more. Our 45-day money-back guarantee gives you time to test it all out!

How can I watch Eurovision 2022 from the US?

First of all, Peacock is officially broadcasting the competition in the US this year. You can watch the contest on the Peacock app, but you’ll have to create a login and deal with ads.

An easier option could be to watch from another country with a VPN. A VPN lets you access the Irish broadcaster RTE, so you can watch live without signing into anything.

You can also connect to CyberGhost’s streaming-optimized server for YouTube Germany. This lets you watch live on the official Eurovision YouTube channel. You must connect to the German server because their YouTube channel isn’t available in certain countries.

Charles Street is an American freelance writer based in France. He loves to travel and has lived in five different countries. Charles is passionate about data privacy and overcoming censorship.

Previous Article How to Get a Brazil IP Address in 3 Steps (Works in 2022) Next Article India Orders VPN Companies to Collect and Share User Data
Share: