Are the Five Eyes About to Become Six?

From geopolitical relations to international agreements that go decades or even centuries back, everything in this world is connected.

Today, you read news about an American phone company introducing an innovative service. Tomorrow, you learn the US government increased its budget for research in military communications and intelligence technologies.

Apparently, the two pieces of information have nothing to do with each other. But, if you dig deeper and connect the dots, you discover there’s more than meets the eye. Potentially Five Eyes. 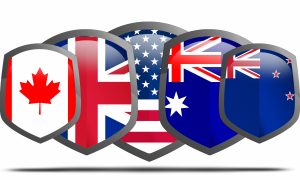 Let’s see how it would impact the world as we know it and our privacy if this were to happen.

Before I tell you all about the potential new member, you need to learn the Alliance’s basics.

The Five Eyes Alliance is an international group of intelligence agencies.

The first two members were the UK and the US, looking to have a shared set of goals after World War II. Later on, Australia, Canada, and New Zealand joined the multilateral agreement.

In the beginning, the five countries established a surveillance program to monitor the former Soviet Union, as well as Central and Eastern Europe.

They later expanded their techniques and took over to keep track of the war on terror, focusing on the World Wide Web.

However, it was revealed that America’s National Security Agency collaborated with the Five Eyes in population surveillance programs in the US and the EU.

So, who is the 6th member who wants a piece of the big pie of intelligence?

According to a statement made by Ben Wallace, UK’s Defense secretary, this country is none other than Japan.

It might not be such a surprise since Japan has already collaborated with the Five Eyes group for years, but not as a full member.

Since 2018, Japan and the Five Eyes, plus France and Germany, have collaborated in a project called Like-Minded Partners, sharing information regarding China and Russia’s foreign activities.

Japan has also been working alongside France and South Korea to gather information about North Korea’s military activities.

But the global crisis of today, amplified by the coronavirus supply chain vulnerabilities, has raised the question of whether it would be a good idea to add a new ally to the intelligence-gathering club.

China is still a key leader in global supply chain resources and logistics capabilities. It accounts for 90 percent of the supply of rare earth elements that lead to manufacturing numerous products, from laptops, mobile phones to defense tools like satellites, lasers, and missiles.

But the United States is not the only country that wants to see a change in the balance of power. And since Japan discovered 16 million tons of rare minerals near Minamitori Island in 2018, it could be a potentially powerful sixth eye.

Although there are military tensions between China and Japan, the two countries share close ties, and China remains Japan’s leading trading partner.

Now, let’s take a look at Japan and its Five Eyes collaborations so far.

2017
Japan joined like-minded democracies in Asia Japan signed a treaty for an intelligence-sharing network with India, Australia, and the UK and conducted training sessions. According to external affairs experts, the move paved the way for sharing critical information on Chinese troop movements.
2019
UK and Japan join forces Japan and the UK have signed a mutual agreement to collaborate in medical research, robotics, and data use. The countries agreed to have British and Japanese researchers working together to build strategies for modern societies. Moreover, they carried out joint exercises between their defense forces and extended maritime cooperation among other military and diplomatic missions.
2020
Japan joined The Five Eyes in the backdoor encryption controversy Japan and India joined the Five Eyes in releasing a statement asking Facebook to change its encryption technology and allow backdoors in apps like Facebook Messenger and WhatsApp. This way, they’d be able to decrypt communication in emergencies like terrorist attacks.
2020
Japan and the US are fighting cybercrime together If you take a look at Japan’s defense budget for the year, you’ll notice there’s a Cyber Protection Unit part of the Cyber Information Gathering System. This is connected to the U.S.-Japan Treaty of Mutual Cooperation and Security, allowing the countries to prioritize cyber threats and increase their numbers of cyber experts. In fact, several American cybersecurity companies are already doing business in Japan.

The implications of Japan becoming the Sixth Eye

Japan joining The Five Eyes Alliance would have a tremendous practical value for the intelligence group. The Alliance would be able to cover the East Asian region.

The change would also show the Alliance is based on shared values, not common language or ancestry. 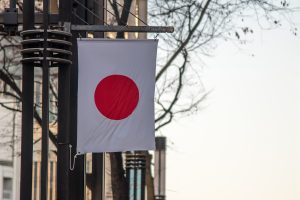 The odds of Japan joining The Five Eyes Alliance

Where tradition meets the future.

This is Japan’s motto, but it could very well portray the Six Eyes Alliance if it were to turn into reality.

But that’s a big IF right there.

Inside the business and political sectors of Japan, plenty of key figures are still on China’s. And this doesn’t go with the Five Eyes belief that China is a threat to the Alliance and the Western world in general.

According to Michael Clarke, the former Director of the Royal United Services Institute, there is very little chance of this. Despite Japan’s efforts and Ben Wallace’s declaration, interpreted more as an indirect message to China, The Five Eyes Alliance will not change its fabric soon.

However, intelligence collaborations with Japan are likely to continue. But having the country as a member would require Japan to gain significant trust for the Five Eyes.

It is indeed a topic to keep our eyes on.

The Five Eyes Alliance is already affecting your private life

With its deep and broad implications, intelligence groups like The Five Eyes are sometimes on the lookout for the population’s data.

Whether the purpose is to find potential terrorists or deal with other national security matters, pretty much everyone in the world is affected by the data gathering done by intelligence agencies.

And living in one of the five countries only increases your chances of being followed.

If you want to minimize the risks of being under constant surveillance, it’s high time you start protecting yourself.

Since data is the new and most precious commodity, it is important to learn how to stay safe online as well to be updated about latest privacy and security news.

A primer recommendation is to use a VPN like Cyberghost with a strict no-logs policy and outside the Five Eyes, Nine Eyes, and Fourteen Eyes countries. In this way, you can block online tracking and stay away from any digital snoopers.


How do you feel about countries increasing their digital surveillance and pressuring companies into adding backdoors to their products? What do you to protect your privacy?

Previous Article The UK, France, and Belgium surveillance programs must respect privacy Next Article How hackers use your cam to spy on you
Share: