You might recall that former FCC chair Ajit Pai reversed the 2015 Open Internet Order by removing net neutrality in 2017. The FCC’s main argument was that the federal government doesn’t have sufficient authority to regulate net neutrality. That set off a series of events that eventually led to the state of California passing its own net neutrality law in 2018.

Ever since the California law came into effect, ISP lobby groups have been trying to repeal the decision. Despite all their attempts, California has managed to prevent its internet freedom from being eroded by the FCC and broadband companies alike.

What the California Net Neutrality Law is All About 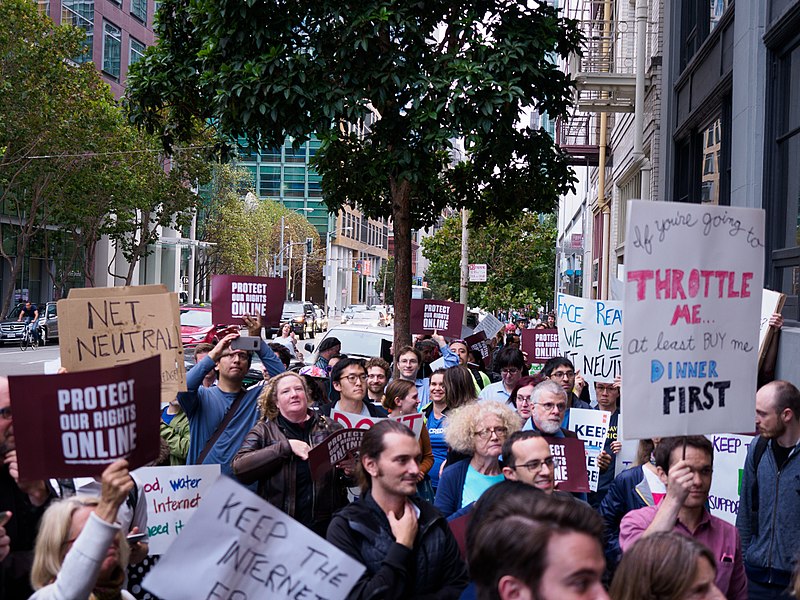 During the Obama administration, the FCC implemented the 2015 Open Internet Order that impacted the way ISPs handle user data. Under net neutrality, ISPs couldn’t throttle or block lawful user browsing. They also couldn’t charge online services extra to prioritize their services (or not cap their data).

The FCC reversed the law just 2 years later in 2017 under the Trump Administration. That spurred California to implement its own state-level law since the FCC’s repeal only applied to the federal legislature. California’s Net Neutrality Act of 2018 focuses on the same internet traffic rules as the 2015 federal law.

It took 3 years for California to start enforcing its internet freedom law because industry groups kept delaying the proceedings. California agreed to delay enforcement of its net neutrality law until after the litigation is fully resolved.

The FCC and its proponents managed to enforce the delay with a preliminary injunction. During the injunction, the commission declared that all state net neutrality rules are preempted as a basis for the temporary delay.

Court judges later ruled that the FCC cannot preempt the California law and also can’t preempt all state net neutrality laws across the board. The court did relent that the FCC can preempt state laws on a case-by-case basis if they present valid inquiries. Before the latest appeals were filed, California was finally able to push its new act into effect.

The latest appeals aimed to delay the law again, but judges ruled that California’s law can remain in effect while litigation is ongoing.

Industry groups then approached the US Court of Appeals for the Ninth Circuit to appeal the ruling. A three-judge panel rejected the petition 3-0 in January 2022.

No judge on the US’s largest court of appeals, which consists of 29 seats, asked for a vote on the rehearing petition. “It is notable that not a single judge on the nation’s largest court of appeals even asked for a vote on the industry’s rehearing petition,” said Andrew Jay Schwartzman, senior counselor for the Benton Institute for Broadband & Society.

Interestingly, the appeals court judges used the FCC’s own wording against it to deny the appeal. When the FCC dismantled net neutrality in 2017, it reclassified broadband internet access service as a telecommunications service. The judges ruled that the FCC “no longer has the authority to regulate in the same manner it had before.”

Industry groups are undeterred by this latest ruling and are likely to take the case to the U.S. Supreme Court.

Industry groups keep lobbying that handing more control over to the FFC will result in more internet freedom. Opponents of net neutrality’s biggest argument for why they should have more control over internet access is because it’s a “scarce resource”. Internet service providers also push a long list of reasons why net neutrality is bad. Chief among them are: Experts have refuted these claims by presenting what net neutrality achieves:

Unless you’re fine with companies deciding which websites you get to visit, it’s important to safeguard your internet traffic. Think about the websites you visit every day — your ISP tracks everything you do online. If you live in the US, right now they can influence what you can or cannot access. Only a few states have enacted net neutrality laws so far, and it’s an uphill battle all the way.

Concerned about your internet freedom? Get CyberGhost VPN to encrypt and anonymize your online traffic. Our 256-bit AES encryption scrambles your data and prevents your ISP from seeing which websites you visit. They can’t throttle your connection based on your activity or make it harder for you to visit your favorite websites when they don’t know what you’re doing online.

Previous Article How to Get a Taiwan IP Address in 3 Steps (Works in 2022) Next Article 11 Best Superhero Movies on Netflix — Hulk Smash That Play Button
Share: