Julian Assange, Founder of WikiLeaks, On the Edge of Extradition

Table of contents
Yearslong Fight in the Courts
What Does the Case of WikiLeaks Mean for Freedom of Speech?

Julian Assange, the founder of WikiLeaks, is on the verge of being transferred to the United States. A UK court approved his extradition order, which is now to be signed by the British home secretary Priti Patel. If approved, Assange will be extradited to the US where he will be tried on espionage charges for releasing classified documents to the public.

Assange is wanted by the United States government on 18 criminal charges after he released thousands of secret military and diplomatic documents in 2010 through WikiLeaks. He is up for trial under the federal Espionage Act and, if found guilty on all charges, he might face a prison sentence of up to 175 years.

In March 2022, the UK supreme court denied Assange’s appeal against the extradition order. It’s up to home secretary Patel to sign off on the procedure, but the defense still has legal means of fighting the decision via judicial review, as well as by appealing against legal issues they had previously lost.

Yearslong Fight in the Courts 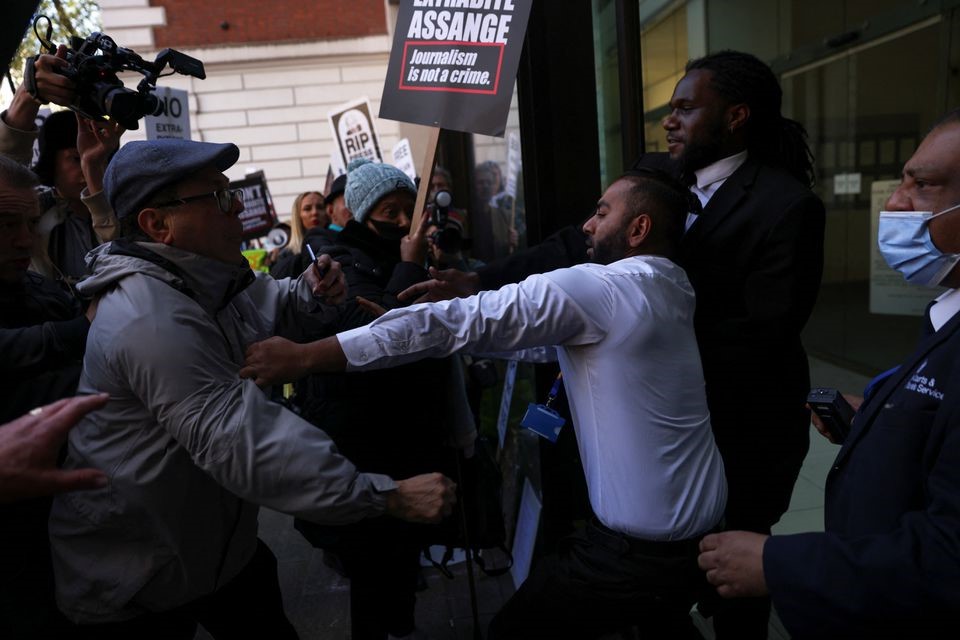 Julian Assange has been fighting against extradition since his time living in the Ecuador embassy in London, under asylum. In 2019, he officially lost his refugee status and was arrested by the British authorities for bail-skipping charges and an extradition warrant from the US. Since then, Assange has been held at the Belmarsh high-security prison in London.

Throughout his imprisonment, several court hearings were held to determine if Assange should be extradited to the US to face charges. In January 2021, he claimed a victory when the magistrates’ court ruled in his favor. Extradition was deemed oppressive considering Assange’s mental health.

However, in December 2021 the High Court overturned the initial ruling and Assange was to be extradited as long as the US government would guarantee fair treatment. CNN reports that, to address the court’s concerns, “four assurances” were sent from the US in a diplomatic note.

Assange appealed the December ruling by going to the Supreme Court, but the chief magistrate denied his request and issued the extradition order. The court then sent the case and the final decision to state secretary Patel to approve the extradition, which is where we are today.

The battle against extradition isn’t over just yet, as Assange’s lawyers still have a few challenges they can raise on issues of law.

What Does the Case of WikiLeaks Mean for Freedom of Speech?

The espionage charges against Julian Assange alarm journalists and free speech advocates everywhere. The case puts into question legitimate newsgathering techniques and the right to publish information. If journalists are indicted for revealing certain information to the public, then we can safely say that press freedom is in danger.

Matthew Miller, a former spokesman for the Department of Justice said:

“The justice department in the Obama administration thought it would be very dangerous to charge Assange with publication, as the Espionage Act doesn’t make any distinction between journalists and non-journalists.”

WikiLeaks revealed thousands of documents on US military policies, military actions in Afghanistan and Iraq, and wartime atrocities. Charging Assange under the Espionage Act goes against The First Amendment and that is why no administration dared to put it to the test… until now.

The US government is developing a history of attacking journalists and whistleblowers that publish the information you’re not supposed to know. Coupled with the recent news that the CIA monitors EU SWIFT transactions, it’s safe to say that individual freedoms are at risk in the US.

What can be done? On a societal level, US citizens have the ability to talk to their lawmakers regarding their rights under The First Amendment. At an individual level… you can use a VPN to stay anonymous and protect your privacy from government spying.

CyberGhost VPN hides your IP address and protects your data with military-grade 256-AES encryption methods. Once you connect to one of our 7900 servers worldwide, you can access anything anonymously, without looking over your shoulder. Keep the ever-watchful eye of the government away and protect your individual rights.

Nicolae has a soft spot for computers and everything tech-related. Growing up in the Wild West days of the internet, Nicolae believes in complete online freedom and unrestricted access to information. That’s why he enjoys being with CyberGhost, teaching others how to stay anonymous and secure on the web. When he doesn’t write about tech, he still dreams about tech when working on his Sci Fi novels. Hopefully, he gets to finish and publish them before the robots take over.