Apple CEO Tim Cook recently spoke to TIME magazine at the TIME100 Summit about his concerns over how digital privacy invasion is affecting people’s behavior. According to Cook, people’s thoughts and behavior will be more restrained when they think they’re being watched all the time.

This comes off the back of society’s continued integration with technology at home and work. As technology becomes more adept at tracking everyone’s movements, thoughts, and social connections, people also become more adept at exploiting that data.

That loss of privacy brought an increase in extremely targeted marketing, cybercrime, and corporate oversight of employee behavior. Medical insurance companies, for example, have teamed up with data brokers to closely monitor people’s behavior and adjust their pricing plans. Down the line, extensive surveillance leads people to change their behavior based on what insurers want in a bid to keep their premiums low.

“I fear deeply the loss of privacy. If we begin to feel that we’re being surveilled all the time, our behavior changes. We begin to do less. We begin to think about things less. We begin to modify how we think. In a world like that where we’re restraining ourselves, it changes society in a major way,” Cook told TIME.

Tim Cook also mentioned that it’s difficult to argue against people owning their own data. He continued by saying companies shouldn’t be able to scoop up people’s information without their knowledge. Apple has shifted much of its marketing efforts to focus on privacy protection as it tries to distance itself from other data-hungry Silicon tech giants. Apple also recently introduced a Rapid Security Response feature in iOS 16 and macOS Ventura. This feature will automatically install new operating system security fixes without the need for a full update. Normally, you had to wait for the next update to install a security patch. That often led to a period of vulnerability as other updates needed to be finished internally and not everyone’s devices update automatically.

The Age of Data Brokers

Cook recently sent a letter to US Congress encouraging legislators to pass the strictest version of a national digital privacy bill currently in circulation. The bill, which has several versions, aims to restrict the amount of personal data companies can gather, and give people more power over their own data.

The digital privacy bill touches on an important shift towards data privacy, a shift that’s well underway in certain areas if we consider the EU’s GDPR and California’s Data Privacy Act. It would restrict the – thus far – unfettered power data brokers have over the private information of internet users. Data brokers collect large amounts of information (also known as big data) to sell to various companies. 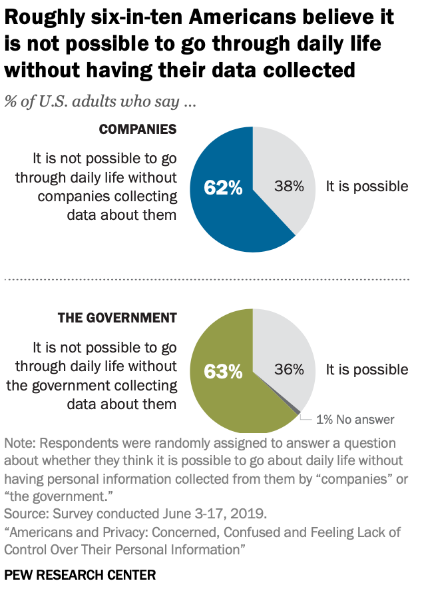 The problem is that big data often contains incredibly personal details. Even kids aren’t exempt from intensive data collection. Collecting and storing such information leads to an increased risk of data breaches, as they’re an opportunity for cybercriminals to steal your personal information from various sources.

Data brokers are easily able to leverage large amounts of personal data because most countries and jurisdictions don’t specifically address these entities or their business model. They work in the background with zero oversight and little-to-no legislation to hold them back from gathering people’s personal data and doing what they want with it.

Researchers have been outspoken about the dangerous side effects of digital privacy invasion and how it can influence people’s behavior. This includes both companies and cybercriminals being able to leverage emerging trends from collected data. Big data gives companies that have access to it the power to shape popular narratives.

Privacy can also fulfill a psychological need for protection from others. The internet is counterproductive to that need because of aggressive data gathering and the long shelf-life of said data. Lastly, most companies don’t give people the power to regulate their own privacy or delete any data gathered against their wishes.

You aren’t entirely powerless against this digital invasion, though. Privacy-oriented tools like private search engines, private browsers, privacy-oriented browser extensions, and VPNs help improve online anonymity. The Tor network also provides a stable alternative for those seeking complete online privacy, although it’s not geared towards the average internet user, and it’s not foolproof either.

When you use a privacy-oriented browser, companies can’t use cookies and other trackers to collect and store your data. If you add a VPN to the mix, data brokers also can’t link you to any other information they’ve been able to collect. CyberGhost VPN protects your information with 256-bit AES encryption that scrambles your data so others can’t read it.

If you want to improve your online privacy, you should reconsider what you share online and use privacy tools to protect yourself. Keep in mind companies will still be able to collect information you type into websites.

Until legislators start enforcing stronger data privacy laws, it’s up to every individual to protect their own data as best they can.

Previous Article Ransomware - The World’s Number One Cybersecurity Threat Next Article How to Install Kodi on Amazon Fire Stick in 2022
Share: