If you’re trying to choose a VPN protocol or just learning more about computer networking, you might’ve come across the terms TCP and UDP. They’re the two most common network communication protocols that define how your traffic travels across the internet.

TCP (Transmission Control Protocol) and UDP (User Datagram Protocol) both have their pros and cons. One offers more reliable data transmission and one offers faster speeds. The question is, which one do you prioritize?

Read on to find more about each communication protocol, the differences between UDP and TCP, and which one suits you better.

Transmission Control Protocol (TCP) is connection-oriented. That means it sets up a connection between two devices before data transmission. TCP ensures all data is transferred accurately and in the right order with its built-in verification systems.

TCP’s reliability makes it the most commonly used communication protocol. We use it for everything from web browsing, emailing, to file sharing. I recommend TCP if you want to ensure all the data you send reaches the recipient device intact and without anything missing.

TCP also confirms complete data delivery. If something gets lost during transmission, TCP asks the sender to resend it to ensure all of it is delivered. Once the data transfer is complete, the protocol terminates the connection between the devices involved. Here’s an in-depth view of how a device sends data to another via TCP.

TCP is reliable, but it’s heavy. It involves a lot of back and forth, so it uses greater bandwidth and is slower than UDP. Here’s a neat visual representation of how TCP works:

User Datagram Protocol is another commonly used protocol. It’s faster but less reliable than TCP. It doesn’t need to set up a connection before data transmission and doesn’t employ error-checking or delivery confirmation.

UDP just sends data continuously to the receiver, and it doesn’t care if it was received, or if something was missing or inaccurate. This is why it’s also known as the “fire and forget” protocol. Here’s an awesome visual representation of how UDP works.

UDP is ideal for applications that don’t necessitate accurate data transmission but need high speeds. This protocol is much lighter and is widely used for live video/audio calls, online gaming, and media streaming.

Which Communication Protocol Does CyberGhost VPN Use?

The VPN protocols CyberGhost VPN offers are Open VPN, IKEv2, WireGuard®. OpenVPN runs on both TCP and UDP while others function on UDP only. You can switch between 4 different VPN tunnels according to your needs.

This is an open-sourced VPN tunneling protocol that runs on both UDP and TCP. When you use OpenVPN, it runs automatically on UDP. That said, if you feel your connection gets interrupted, packages get lost, and downloads fail mid-way, you can switch to TCP from the settings.

IKEv2 is all about speed. It runs on UDP only and is the lightest protocol of all. It uses UDP ports 500 and 4500 and is a great choice for gaming, live streaming, and online calls. That said, it may not work everywhere as some networks prefer TCP and some firewalls block the UDP ports IKEv2 uses.

It’s the most advanced tunneling protocol that offers you a great combination of speed and security. WireGuard® runs on UDP only. It’s generally preferred over OpenVPN, but not if you need TCP functionality.

Based on your network connection, CyberGhost VPN will choose the right VPN protocol for you automatically. You won’t have to get into the nitty-gritty of selecting the right one for yourself. That said, if you want greater control, you can switch between VPN protocols easily.

TCP vs UDP: Which is Better?

It’s clear that UDP is faster than TCP. How much though? That depends on what it’s being used for.

The thing is, the question of speed isn’t the right one to ask here. It should be a question of suitability. Different applications have different needs, and in some cases, TCP can turn out to be faster and more efficient than UDP.

TCP is slower in theory, but it can be reasonably fast in some practical applications. For instance, streaming websites like Netflix and YouTube use TCP even though UDP is faster. Why?

TCP lets you buffer data and load a part of videos beforehand to stream smoothly. UDP doesn’t have this functionality.

UDP is better for live streaming, online gaming, and communications. That’s because these applications require the fastest possible data transmission. It doesn’t matter if some data is lost on the way, which is why you see skips in live streams and video calls.

UDP can get most things done, but TCP becomes a must at times. Generally, your connection alternates between the two on its own. When you’re using a VPN though, you’ll have to stick with UDP. This is because most VPNs run on UDP only and don’t let you switch.

CyberGhost VPN lets you switch between UDP and TCP when you’re using our OpenVPN tunnel. Get CyberGhost VPN to be in control of how your traffic travels across the internet.

TCP vs UDP: What Should You Choose for Gaming?

TCP involves a lot of back and forth which takes up a lot of bandwidth and adds latency. UDP offers fast data transmission which is a must for a smooth online gaming experience. Although UDP is fast, some data gets lost along the way. How does this make it a better choice for online gaming?

Online gaming can afford data loss because it only needs the most recent data. Newer data packets coming in can replace the previous data and continue the stream of information at a faster pace. The lost data makes an unnoticeable difference when the transfer speed is fast enough.

TCP is also a stream-based protocol. This means it breaks the data stream into packets, queues up the packets until the package is large enough to be sent. 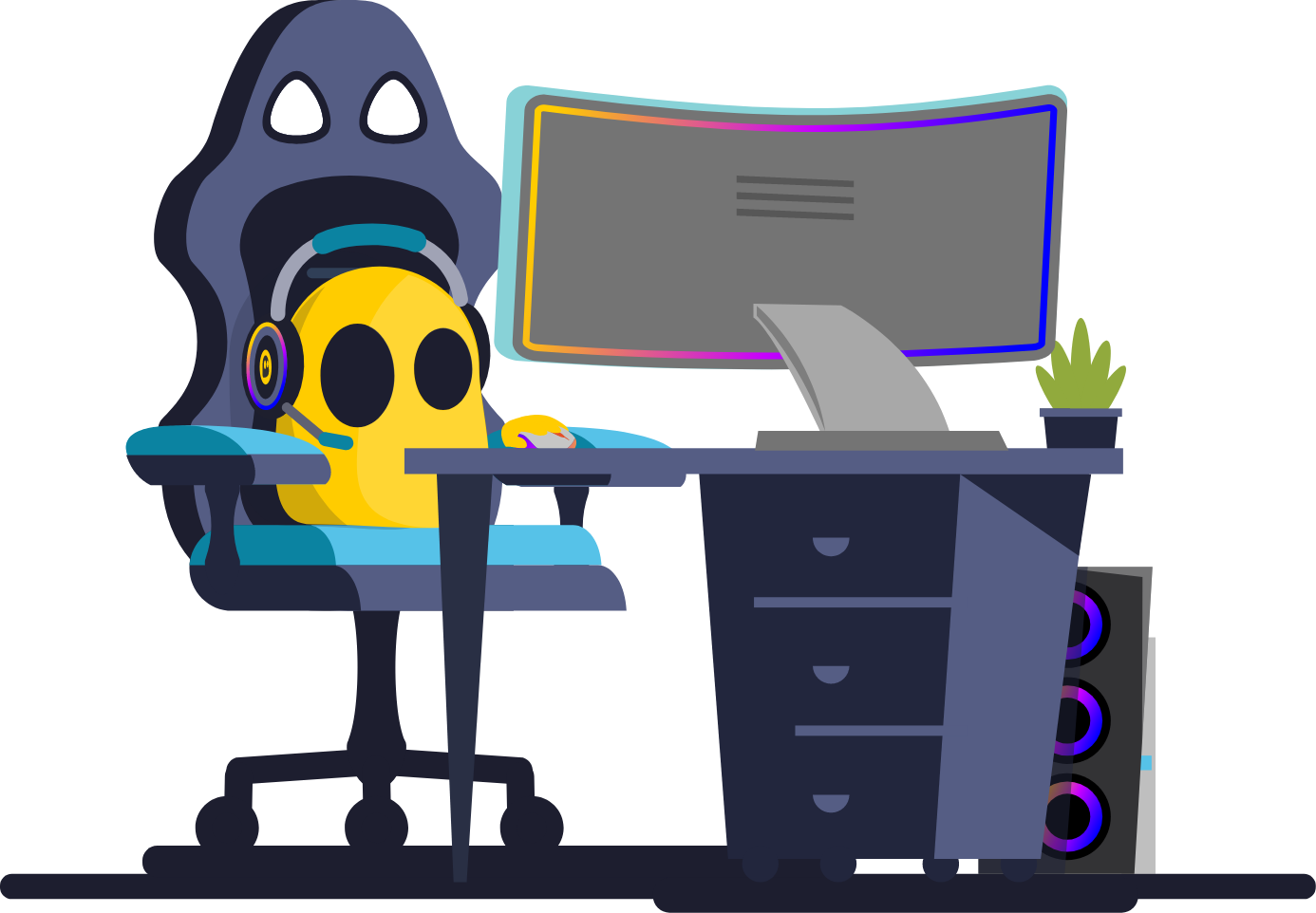 Most online multiplayer games use very small-sized data packets. If we use TCP, the protocol will wait for enough small packets to line up in the queue before sending them to the receiver. This results in the choppiest gameplay ever. On the contrary, UDP sends every packet right away. That’s why it’s the better choice for gaming and every other time-critical application.

CyberGhost VPN offers IKEv2 and WireGuard® tunneling protocols. Those protocols run on UDP and are excellent for online gaming. Go for IKEv2 or WireGuard® as they’re very light and use minimal bandwidth. That way you get a lag-free gaming experience.

When is TCP Preferred to UDP?

You’re well off using UDP for most of the things you do online. That said, what makes TCP so widely used across the internet? 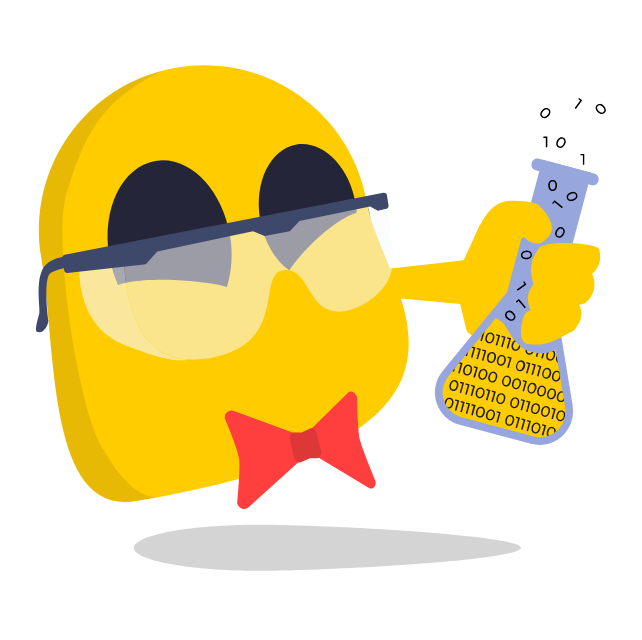 At times, too many data senders can send too many data packets to one receiver while only a limited number of packets can flow across. The congestion slows down the overall transfer process and may collapse the connection. This is just like what happens during peak hours — too many people are using the internet at the same time, which slows it down.

TCP controls data flow to keep things running smoothly. It only sends a limited amount of packets per second which keeps the traffic going steadily. Most networking applications don’t use UDP because it keeps sending every data packet no matter how congested a network may be.

How to Enable TCP on CyberGhost VPN?

When you connect to CyberGhost VPN, we will automatically set up your connection on UDP. Here’s how you can switch to TCP:

How to Enable UDP on CyberGhost VPN?

CyberGhost VPN uses UDP by default. If you use IKEv2, WireGuard®, or L2TP, your connection is already on UDP. It’s the default communication protocol for our OpenVPN tunnel too. That said, in case you’ve manually set it to TCP, you can switch back using the same method.

UDP gives you speed while TCP gives you reliability. In most use cases, UDP is better because it offers much greater speed. This is why CyberGhost VPN uses UDP on most of its VPN protocols as it can get most things done smoothly.

TCP is also important, but the average internet user doesn’t always need it. If you spend most of your time surfing, gaming, streaming, or calling online, UDP will serve you well. That said, in case you need a TCP connection, CyberGhost VPN lets you switch. Install CyberGhost VPN and choose what suits you!

What are the major differences between UDP and TCP protocols?

TCP is a connection-oriented protocol while UDP isn’t. TCP offers reliability and data accuracy but it’s slow and takes a lot of bandwidth. UDP offers fast data transmission but it’s not always accurate and some data gets lost. CyberGhost VPN offers both with the OpenVPN tunneling protocol.

What are the advantages of UDP over TCP?

UDP is faster and takes less bandwidth. This makes it an excellent choice for online gaming, live streaming, and internet calls.

CyberGhost VPN offers IKEv2 and WireGuard® protocols that run on UDP and give you fast speeds. Get CyberGhost VPN to enjoy a lag-free streaming and gaming experience.

Should I use TCP or UDP?

UDP can get most things done. That said, you should use TCP if you need an uninterrupted data flow. TCP prevents packet loss and your downloads from failing mid-way.

Use UDP if you need a speedy connection for streaming, gaming, or calling. If you want to know more, please reach out to our 24/7 customer support team.

Does Netflix use TCP or UDP?

Netflix uses TCP. This is because TCP lets you buffer video content to provide smooth streaming. That said, Netflix and our servers requireTCP connection between them. That doesn’t mean you should switch your VPN connection to TCP though.

Keep your VPN connection on UDP to stream Netflix smoothly. If you want to test CyberGhost VPN before you commit, you can do so risk-free with our 45-day money-back guarantee.

Being a keen observer of how the internet has developed over the years, Ahad has witnessed internet privacy deteriorate to something almost non-existent. With his experience in tech writing, Ahad works with CyberGhost to help digital citizens gain their right to online freedom and digital privacy. When's he not writing tech, Ahad takes cares of his lovely plants and trains Bonsai trees. He's also working on empowering the wider writers' community with his blog.