The Origins of Privacy and How it Became a Human Right

For some, privacy means having their bedroom and doing whatever they want in their personal space. For others, it’s the freedom of stepping outside without any surveillance cameras watching them.

Everyone’s idea of privacy is a bit different, but internet privacy is just an extension of life.

While today’s conversations circle around the ideas of “I have nothing to hide” or “Privacy is dead”, we need to dig deeper into the origins of the concept.

When did people become aware of their need for privacy? And what did they do to claim this right?

Let’s find out how the notion of privacy came to be.

Privacy has historical roots in philosophical debates. The most well-known is Aristotle’s distinction between two spheres of life: the public sphere associated with political life and the private one of the domestic life.

This is something we can all relate to nowadays. Your home is your castle. And you want to feel like a king. But did you know that individual beds are rather a modern invention?

In late Medieval times, the bed was one of the most expensive items in a home. A single large bed was the place for social gatherings, and guests were invited to sleep there with the entire family and some servants.

The connection between privacy and physical space became clearer with America’s colonization in the 1600s. The ownership or possession of land in the New World ensured a secure base for the privilege of privacy privilege. The home itself became the essential place of privacy. 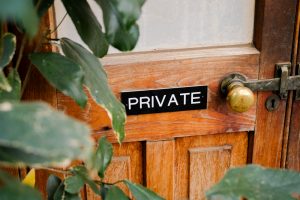 So, the idea of privacy was strongly linked with the sanctity of one’s house.

The way houses are built considering family members’ private spaces has evolved tremendously. Today, in most cultures, a secure home is one that can keep strangers away. Plus, what you do in your own home is none of anyone else’s concern.

The first definition of privacy goes back to the late 14th century.

A century later, the definition was extended to ‘seclusion, state of being in retirement from the company or the knowledge and observation of others,’ while in 1814, privacy was commonly considered to be ‘a state of freedom from intrusion or interference.’

In 1891, privacy was described for the first time as a human right. The American lawyers Samuel Warren and Louis Brandeis named it ‘the right to be let alone.’

In 1967, the notion of privacy reached a new milestone. Public Law professor Alan Westin published ‘Privacy and Freedom’ – a book in which he explained privacy is the claim of individuals, groups, or institutions to determine when, how, and to what extent information about them is communicated to others.

Today, privacy advocates and researchers agree that privacy is an individual’s need to selectively control others’ access to the individual self to achieve the desired level of physical or psychological privacy. In other words, privacy is a form of solitude, intimacy, anonymity, or reserve.

Most of us believe eavesdropping, snooping, looking over the shoulder are recent schemes. In reality, they go a long way back, with 1624 believed to be the year of the first-ever recorded invasion of privacy.

After finding incriminating letters written by two men, the governor of the Plymouth colony, William Bradford, learned about a plot against the small colony’s leadership. The two men denied the conspiracy accusations. But the governor asked them to read the content of the letters aloud.

The men expressed their anger for having their private correspondence read by someone else. But they had no legal grounds to defend themselves.

A few years later, in 1710, America’s first privacy law came along with the Post Office Act, which banned sorting through the mail by postal employees.

During the 14th and 18th centuries, people went to court for eavesdropping or opening and reading personal letters.

In 1789, the Constitution of the United States came into force. The document made a more precise point regarding the violation of peoples’ personal space.

Here is what the 4th amendment of the US constitution states:

The right of the people to be secure in their persons, houses, papers, and effects, against unreasonable searches and seizures, shall not be violated, and no warrants shall issue, but upon probable cause, supported by oath or affirmation, and particularly describing the place to be searched, and the persons or things to be seized.

The controversies of wiretapping

Wiretapping is a method of secretly listening to telephone conversations through mechanical means. The practice has been deemed a violation of the right to privacy.

In some US states where wiretapping equipment was not regulated, the technique has been used for blackmail and business espionage purposes.

In the 1928 Olmstead v. United States case, the police used wiretapping equipment to get evidence. However, the complaint was not accepted because there had been no actual entry into the houses, and no items were taken. The judges had no search and seizure amendment to apply. Forty years later, the country adopted an amendment that allowed wiretapping to be used to provide evidence in court.

Cue the Katz v. the United States case. The feds used electronic listening devices attached to the outside of a telephone booth frequented by Charles Katz, suspecting he was violating gambling laws.

Fueled by Alan Turing’s success with the Enigma project, more publications about privacy started shortly after the Second World War in the United States.

Some newspapers paid a great deal of attention to the concept of privacy and the developments of techniques invading privacy, in particular, the computer – seen as primarily responsible for privacy invasion.

Just think! This was around 30 years before the invention of the world wide web.

Since the 1990s, significant parts of our lives have progressively moved online. And the internet has had a groundbreaking impact on who we are and how we communicate.

But with all the perks came the increasing loss of privacy. Over the years, the internet turned from man’s best friend to a necessary evil.

“Privacy is dead; get over it.” Rumor has it Mark Zuckerberg, the founder of Facebook, said this a few years ago. He also stated that “privacy is no longer the social norm.” We can only assume what he meant. But one thing is sure: although it may not be absolute, privacy is something people still need and crave.

Most of today’s technology subjects users to tracking, surveillance, or data collection. We are all subjected to:

Here is why Laura Brandimarte (professor of Information Systems) believes digital privacy is connected to self-determination and freedom from discrimination:

I think people have, in general, become more aware of privacy and security risks because of the attention the media has recently given to these issues, especially in the digital world. However, people may not necessarily understand what is at stake for them. More generally, the public has started to consider the privacy risks associated with digital transactions more seriously, even though, sometimes without properly understanding the consequences of certain choices. The importance of digital privacy has almost become self-evident. Hardly a day goes by that we do not hear about a data breach occurring or a system vulnerability being exploited. With the Cambridge Analytica scandal, we have witnessed how the misuse of personal data (originally collected via Facebook through a seemingly harmless personality test, but then used to create detailed profiles of people) allowed for the distribution of microtargeted political ads during the campaigns of recent democratic elections, potentially putting democratic processes at risk, and exposing them to external influences. Systems of surveillance, using face recognition for instance, are deployed without proper protection of law-abiding citizens’ rights not to end up in enforcement authorities’ databases – not to mention the dangers political or religious dissidents might incur in authoritarian countries. Algorithms using vast amounts of data are being used to predict where crimes are more likely to happen, without considering the discrimination this entails towards minorities and specific ethnicities. These are only a few examples of why digital privacy matters.

Get to know Laura Brandimarte here. 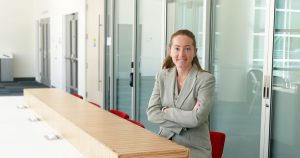 Still, not all is lost. We can start building a better digital universe.

Take it from Tim Berners Lee, the inventor of the World Wide Web. Here’s what he stated in 2019:

‘…citizens must hold companies and governments accountable for the commitments they make and demand that both respect the web as a global community with citizens at its heart. If we don’t elect politicians who defend a free and open web, if we don’t do our part to foster constructive, healthy conversations online, if we continue to click consent without demanding our data rights be respected, we walk away from our responsibility to put these issues on the priority agenda of our governments.’

When privacy advocates say we are close to becoming surveillance societies, it’s not an exaggeration.

Your information is more important than you imagine, and it makes up your digital world, from your browsing activity to your shopping habits or financial transactions. There are a lot of personal details you share with companies every single day.

Increasing your level of privacy starts with a few simple steps. For example, it’s time you use a VPN. It’ll help you stay anonymous and protect your digital identity.

What’s more, try a privacy-friendly browser and ditch your worries of being tracked. Plus, see how you can stop devices from recording your every move. Check out more tips on how to stay safe online.


What does digital privacy mean to you? And why does it matter?