What are Replay Attacks and How to Stop Them Forever?

Table of contents
What is a Replay Attack?
The Rise of Cyberattacks and Cyber Warfare
How Does a Replay Attack Work?
How Replay Attacks Harm Your Security
Prevention Mechanisms for Replay Attacks
What Can You Do to Stop Replay Attacks?
Can VPNs protect against replay attacks?
What to Look For in a VPN for Complete Replay Protection
Stay Safe Online with CyberGhost VPN
FAQ

Attention Honda and Acura car owners! Your precious ride may be at risk of theft, all thanks to a tiny open sesame device. Criminals can capture the unlock signals your keyfob emits using open sesame, and replay them later to unlock and steal your car.

Replay attacks use the same concept we see in the folk tale Ali Baba and the Forty Thieves. Ali Baba overhears and later repeats the magic phrase open sesame to enter the treasure cave. That’s essentially a replay attack in action.

Replay attacks are commonplace in the cyber world. Cybercriminals can capture the credit card information you enter while shopping online. They can then resend or “replay” it to make fraudulent transactions.

Replay attacks can be much more sophisticated and damaging than the super-basic example above. Cybercriminals can even extract or manipulate confidential data before retransmitting it.

Defend your internet connection and obscure your traffic with a secure VPN. Get CyberGhost VPN for in-built replay protection. We create an impenetrable tunnel for your online communications and transactions. Follow our replay attack prevention tips to keep your internet sessions and data safe from cybercriminals.

What is a Replay Attack?

A replay attack, a.k.a session replay attack, is a network-based cyberattack in which an attacker eavesdrops on your network communications and captures and resends your authenticated data packets to a website or service. Since the replayed message in fact came from you, the website gets tricked into believing it’s a legitimate communication from you.

Replay attacks are a specific type of man-in-the-middle (MitM) attack in which the attacker is essentially sitting in the middle, between you and the destination server you’re trying to reach. Replay attacks are especially bad because they can work even if your data traffic is encrypted. The attacker can simply retransmit the data packet as it is without knowing the details of what’s inside.

The Rise of Cyberattacks and Cyber Warfare 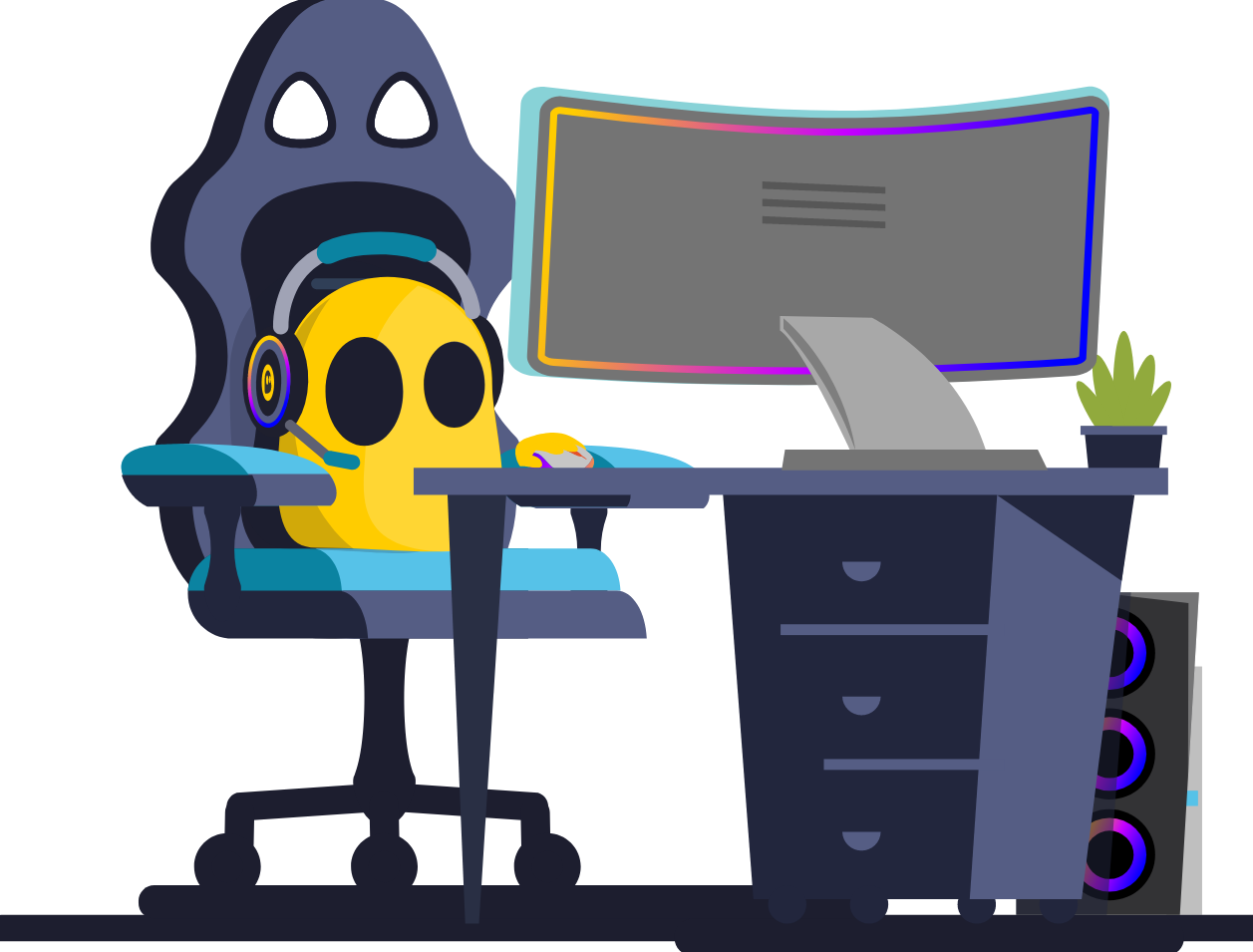 Individuals, businesses, and governments alike rely more and more heavily on digital technologies. That’s the way modern life is, and COVID has only increased our dependence on tech, with more people working remotely and other innovations to keep economies going. It’s only natural that cyberattacks — motivated by political agendas, financial gains, or some other nefarious purpose — would also increase.

Today, even nation-state actors have turned to cyber warfare to complement on-field combat and espionage. Here’s the thing though: cyberattacks know no boundaries. Thanks to the internet’s global connectivity, they can easily escalate beyond the target’s systems. That means no one is safe.

As the Russia-Ukraine war unfolds, untrained or unaware people from either side can become part of the ongoing conflict. Unlike sophisticated cybercriminals or state-sponsored actors, nonprofessionals are more likely to launch attacks that get out of control.

Any business or individual, including you, can get caught in the crossfire. A clumsily-crafted cyberattack can hit your home or office network. That’s why it’s important to take your cybersecurity seriously and take all the precautions necessary to navigate the internet safely and privately.

How Does a Replay Attack Work?

The first step to stopping a cyberattack is to understand how it works, at least on a basic level. Replay attacks in particular are common because they don’t require much technical expertise or sophisticated tools.

This is just one example of how malicious actors can carry out replay attacks. It’s not hard to imagine all the ways cybercriminals use this kind of MiTM scenario to steal from or generally wreak havoc on people, businesses, and even governments.

How Replay Attacks Harm Your Security

The basic definition of replay attacks could make it seem like you don’t have much at stake except perhaps placing an e-order twice or sending an email multiple times. Replay attacks, however, can be a lot more sinister.

Here’s how three different session replays can play out for you in real life:

Cybercriminals usually replay authentication sessions, which give attackers full control of your accounts and all the privileges you enjoy on specific websites or apps. They can impersonate you online, send and receive messages on your behalf, and access confidential data or documents. 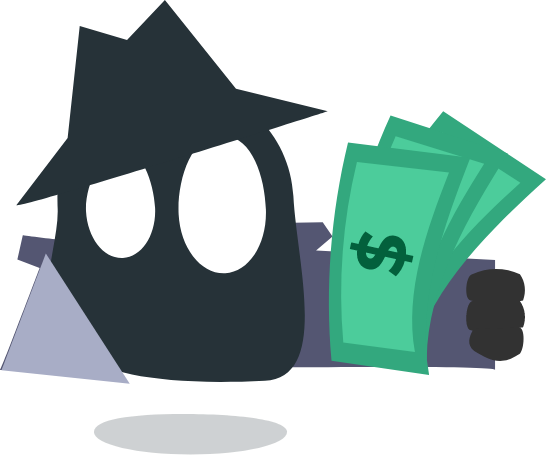 Cybercriminals can capture your financial transaction requests post-authentication. The receiving server will accept the replayed request and make another transaction since it’s already authenticated.

Attackers may replay your request multiple times to bombard a server with more requests than it can handle, causing denial of service (DoS). You won’t be able to use a service or complete your transactions. Since many websites use mechanisms to prevent DDoS (distributed denial of service) attacks, attackers can even get you blocked from certain websites or services.

How Can Replay Attacks Bypass Encryption?

Passwords are usually hashed before your browser sends them to the corresponding server. That means your password is converted into a random string of characters. The process is irreversible so intruders can’t use the hash to extract your passwords in plain text.

Here are some mechanisms websites use to detect and prevent replay attacks:

What Can You Do to Stop Replay Attacks?

The methods above are all server-side prevention strategies, meaning the websites or services you visit need to implement them. However, you can follow some security best practices to improve your digital security.

Can VPNs protect against replay attacks?

Yes, VPNs can protect you against replay attacks, but it really depends on the VPN you’re using.

Malicious actors usually capture your network communications using easily available software tools. A VPN hides your IP address and encrypts all of your data in a secure tunnel, making it impossible for intruders to identify you or see what you’re up to. This way, a VPN can protect you from targeted replay attacks.

VPN protocols determine how your data is encrypted and rerouted through the VPN tunnel. Let’s take a look at some common VPN protocols, so you can choose a service that uses protocols with replay protection.

If you’re using a VPN to boost your digital privacy and security, ditch the free VPNs and choose one that uses the latest and expert-approved VPN protocols. CyberGhost VPN only uses reliable VPN protocols with replay protection, like OpenVPN, L2TP/IPSec, and WireGuard®.

Different kinds of online activities require different levels of speed and security. That’s why CyberGhost lets you choose the one that suits you the most. For instance, you could use OpenVPN to make highly secure banking transactions and switch to WireGuard® for the ultimate speed and DDoS protection while gaming. Either way, you’ll automatically benefit from our replay protection.

What to Look For in a VPN for Complete Replay Protection

Here’s a checklist of VPN features that’ll help you find one that can protect your digital identity and prevent replay attacks:

If you’re unsure about committing to a VPN right away, CyberGhost VPN checks all of the boxes above and comes with a generous 45-day money-back guarantee. We let you test the waters before taking the plunge.

If your life had a replay button, you wouldn’t want it in someone else’s hands. Unlike your life, your online sessions can actually be replayed if you don’t take steps to secure your connections. Replay attacks are just one of the many kinds of cyberattacks your data is vulnerable to.

Protect your identity, data, and money from prying cybercriminals with a little vigilance and basic security measures, like using a secure VPN and sticking to HTTPS websites. Keep your digital communications to yourself, and put an end to all kinds of MitM attacks with CyberGhost VPN!

How does a replay attack in cybersecurity work?

Here’s a step-by-step breakdown of how replay attacks work:

Attackers can simply replay the data packets without decrypting them, so this kind of attack doesn’t require any sophisticated expertise. Stick to HTTPS websites, and always connect to the internet with CyberGhost VPN to protect your digital identity and online transactions from replay attacks.

What kind of data is prone to replay attacks?

Attackers usually replay authentication sessions or session IDs that users get after authentication. Then they can impersonate you and enjoy privileges like making transactions or accessing more of your confidential data.

That’s why it’s important to protect your digital identity and sensitive information with a reliable VPN like CyberGhost. We let you choose from multiple VPN protocols that are designed to prevent all kinds of man-in-the-middle attacks, including replay attacks.

Contact our friendly, 24/7 Customer Support team to learn more about our VPN protocols and how they keep you safe online.

Is it possible to prevent replay attacks?

Replay attacks are easy to execute and even easier to prevent. Just a few security measures can reduce your likelihood of becoming a target.

CyberGhost VPN supports VPN protocols that give you the best replay protection. Try us out risk-free today with our 45-day money-back guarantee!

Is a replay attack considered a man-in-the-middle attack?

Yes, a replay attack is a specific kind of man-in-the-middle (MiTM) attack. In replay attacks, attackers insert themselves between users and the destination servers to intercept their communication before replaying it. This is exactly in line with the definition of MiTM attacks.

CyberGhost VPN hides your IP address so attackers can’t identify you online. We also encrypt your traffic using protocols that implement replay protection via unique identifiers, counters, and timestamps. All these features virtually keep you safe from all kinds of MiTM attacks

CyberGhost VPN protects you from network-based attacks like MiTM attacks, DDoS attacks, and other attacks that require access to your IP address and plain-text traffic, like evil twin attacks. That’s because CyberGhost VPN masks your IP and encrypts your network communications.

That said, cyberattacks relying on OS or app vulnerabilities, physical access to a device, or phishing tactics to compromise your device or network will bypass VPN protection no matter how sophisticated the VPN technology is. That’s why it’s important to maintain good cyber hygiene and practice cybersecurity best practices, even with a VPN.

A software engineer by education, Isra started out as a technical writer and a requirements analyst. As a part of her job, she was constantly looking at the information and permissions that applications gather and use all the time. That’s what sparked her interest in data privacy and cybersecurity, and finally, landed her here at CyberGhost VPN.